How much more evidence does Merrick Garland need to indict Trump? 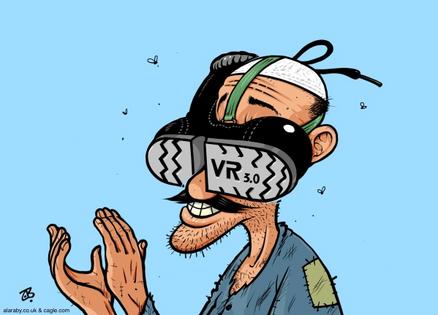 On Monday, the case for indicting Donald Trump was succinctly framed and arguably wrapped in a bow. And this was without even knowing what Trump may have said to fellow conspirators during seven key hours on Insurrection Day, the 7 hours and 37 minutes that are mysteriously missing from the White House phone logs.

Seriously, folks. What is it gonna take?

First, some quick housekeeping: Eastman, you may recall, is the Better-Call-Saul lawyer who’s been outed for concocting a “legal” memo that was designed to help Trump overturn his election loss. Sort of a fascist instructional sheet for dummies.

Monday’s court ruling, authored by U.S. District Judge David Carter (a former decorated Marine), commanded Eastman to cough up 101 emails – mostly exchanges with Trump – and to share them with the House’s Jan. 6 Committee. That was the narrow issue at hand. But, fortunately, Carter took it upon himself to connect the dots that situate Trump at the center of the blessedly failed coup. Carter’s warning was an implicit plea for Merrick Garland to wake up:

“If Dr. Eastman and President Trump’s plan had worked, it would have permanently ended the peaceful transition of power, undermining American democracy and the Constitution. If the country does not commit to investigating and pursuing accountability for those responsible, the Court fears January 6 will repeat itself.”

It would seem that our accountability sleuths at the Justice Department still need to be enlightened about the evidence that shines with the strength of 100 suns. Whatcha got for us, Judge Carter?

“Dr. Eastman and President Trump launched a campaign to overturn a democratic election, an action unprecedented in American history…Their campaign was not confined to the ivory tower – it was a coup in search of a legal theory. The plan spurred violent attacks on the seat of our nation’s government, led to the deaths of several law enforcement officers, and deepened public distrust in our political process.”

As Judge Carter reminds us, Eastman insisted in his Jan. 3, 2021 memo that Mike Pence, during his ceremonial task of counting the Electoral College votes, could simply throw out seven Biden states, thus reducing the tally to 232-222; and that Pence could then announce that since no candidate had reached the magic 270, the election would decided by the House, where each state would get one vote – and since the GOP at that time controlled 26 of the 50 state delegations, presto! Trump would win the election.

The problem, of course, was that Pence had no power to toss Electoral College votes, because there’s no such provision in the Constitution. But that mattered not a whit to Trump, who spent days trying to muscle Pence into executing the plan that Eastman had touted as “BOLD.”

The judge zeroed in on one particular provision of the federal criminal code – 18 U.S.C. § 1512(c)(2) – which, as he explained, “criminalizes obstruction or attempted obstruction of an official proceeding. It requires three elements: (1) the person obstructed, influenced or impeded, or attempted to obstruct, influence or impede (2) an official proceeding of the United States, and (3) did so corruptly.” He thus concluded:

“Because President Trump likely knew that the plan to disrupt the electoral count was wrongful, his mindset exceeds the threshold for acting ‘corruptly.’…After filing and losing more than 60 suits (in court), this plan was a last-ditch attempt to secure the Presidency by any means.”

The potential hitch in all this evidence is that to prove Trump’s criminality to a jury beyond a reasonable doubt, prosecutors need to successfully argue that Trump knew in his mind that his coup conspiracy was wrong. Hence the potential problem: This mope doesn’t have a moral compass. He tends to believe that whatever he wants or says at any given moment is right and true.

For instance, one possible explanation for the seven-hour gap in the White House phone logs is that Trump communicated with fellow conspirators by using burner phones. In a statement, he denied doing that because, he insisted, “I have no idea what a burner phone is, to the best of my knowledge I have never even heard the term.”

I’m sure he believes that lie in his mind. The problem is, he used the term “burner phones” at least three times in his recent lawsuit against niece Mary Trump. And former national security adviser John Bolton told CBS News, “Wait a minute, Trump knows burner phones.”

The Jan. 6 Committee members have been calling on the Justice Department “to do its job,” but alas it’s possible that Garland is hesitating to indict Trump precisely because it’s so hard to prove that someone so amoral has any consciousness of wrongdoing. Heck, just this week Trump asked his 2016 campaign ally, war criminal Vladimir Putin, to release some dirt on Hunter Biden.

I know, I know. Just like you, I’m rolling my eyes. Again.