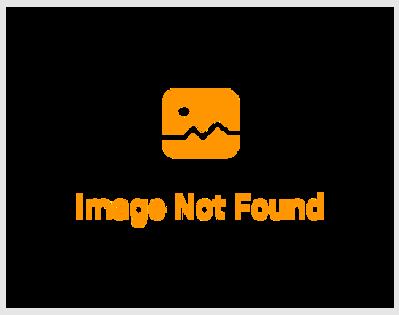 The invasion hawks in the Bush regime exploited Powell's good name to make a bad case for a bad war in Iraq, dispatching him to the United Nations with bogus intelligence about nonexistent weapons of mass destruction. If Powell, the virtuous Secretary of State, declared that Saddam Hussein had WMDs, who could possibly claim otherwise?

Let’s stipulate that Powell screwed up big time; indeed, he sat on it for nearly a decade before publicly admitting it. How tragic it was that such a noble public servant allowed himself to be used and abused by the Bush liars who wound up killing more than 400,000 people.

But it would also be tragic, in the wake of Powell’s death, if he’s remembered only for what he himself called “one of my most momentous failures.” Because this was also a guy who stepped up for the best of America – on two public occasions, 12 years apart – and rebuked his Republican party for the racist ugliness that was threatening to define it.

Addressing the 1996 GOP convention, mindful that the party was already bashing immigrants and people of color, he dared to say this:

“It is our diversity that has made us strong. Yet our diversity has sadly, throughout our history, been the source of discrimination. Discrimination that we, as guardians of the American Dream, must rip out branch and root. It is our party, it is our party, the party of Lincoln, that must always stand for equal rights and fair opportunity for all. And where discrimination still exists or where the scars of past discrimination still contaminate and disfigure the present, we must not close our eyes to it, declare a level playing field, and hope it will go away by itself. It did not in the past. It will not in the future.

“Let the party of Lincoln be in the forefront, leading the crusade, not only to cut off and kill discrimination, but to open every avenue of educational and economic opportunity to those who are still denied access because of their race, ethnic background or gender…I strongly support affirmative action. And, I was invited here by my party to share my views with you because we are a big enough party – and big enough people – to disagree on individual issues and still work together…”

Let’s give Powell points for trying. I was in the hall that night, amidst the overwhelmingly white male delegates, covering it for the Philadelphia Inquirer, and I heard the boos when he cited his support for affirmative action. Hatemonger Laura Ingraham was photographed scowling at the podium. Alas, the party that Powell wanted to be “big enough” was already getting smaller.

Flash forward to 2008, when Powell announced that he was irrevocably fed up with Republican racism. Appearing on "Meet the Press," he endorsed Barack Obama for president and said this:

“I’m also troubled by…what members of the party say. Such things as, ‘Well, you know that Mr. Obama is a Muslim.’ Well, the correct answer is, he is not a Muslim, he’s a Christian. He’s always been a Christian. But the really right answer is, so what if he is? Is there something wrong with being a Muslim in this country? The answer is no, that’s not America. Is there something wrong with some seven-year-old Muslim-American kid believing that he or she could be President? et, I’ve heard senior members of my own party drop the suggestion, ‘He’s a Muslim and he might be associated with terrorists.’ This is not the way we should be doing it in America.

“I feel strongly about this in part because of a picture in a photo essay I saw about troops who are serving in Iraq and Afghanistan. And one picture was of a mother in Arlington Cemetery, and she had her head on the headstone of her son’s grave. And as the picture focused in, you could see the writing on the headstone... it didn’t have a Christian cross, it didn’t have the Star of David. It had the crescent and star of the Islamic faith. And his name was Kareem Rashad Sultan Khan, and he was an American. He was born in New Jersey. He was 14 years old at the time of 9/11, and he waited until he could go serve his country, and he gave his life. Now, we have got to stop polarizing ourselves in this way. And I’m troubled about the fact that, within the party, we have these kinds of expressions.”

Colin Powell at his best put country first. That’s how I choose to remember him.