Kamala Harris and the Promise of America 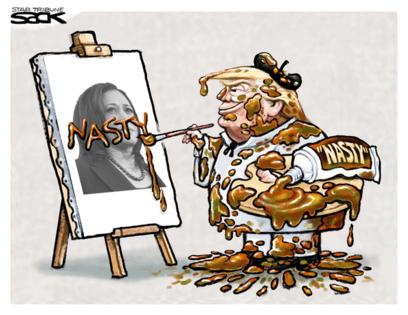 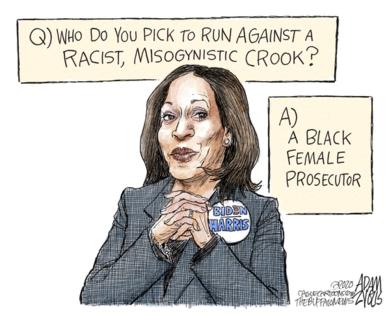 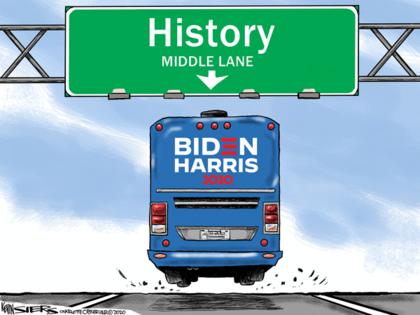 Even in the darkness of Donald Trump’s dystopia, the enduring promise of America has still flickered. Despite all his cult’s efforts to turn back the clock to the good old days of white hegemony, the pluralistic multiracial melting-pot America has still been percolating, yearning to breathe free. It’s been there all along, waiting for a breakout moment.

That moment has arrived, and it defines the stakes for this country in 2020.

In electoral terms, vice presidential picks are rarely pivotal. But Kamala Harris’ ascent is freighted with historic symbolism. As the daughter of Jamaican and Indian parents, as the child of immigrants, she’ll help Joe Biden rebuild the bridge to the America we still aspire to be. Indeed, Biden himself signaled that back in March, when he campaigned with Harris: “I view myself as a bridge, not as anything else. There’s an entire (new) generation of leaders…They are the future of this country.”

Harris is not a “perfect” pick, not to the Democratic litmus-testers who demand perfection on all left-leaning issues. But what’s most noteworthy - and most encouraging, especially in these difficult times - is that so many pundits are describing her as a “safe” pick. We’ve finally reached the point, happily so, when the inclusion of a Black and Asian woman on a national ticket is deemed to be “safe.”

It’s also shrewd, because Harris straddles all the groups that Trump has long vilified: women, Blacks, and immigrants.

Will she tap her prosecutor’s creds and fillet Mike Pence in the veep debate (assuming Pence isn’t dumped for Nikki Haley)? Yup, Harris v. Pence will likely be a bloodbath. Will she help boost minority turnout (especially Black women) in the key cities of swing states - Pennsylvania, Michigan, Wisconsin - where Hillary Clinton fatally failed? On the margins, sure. Will her track record as a prosecutor and California attorney general alienate some activists on the left (on Twitter, she’s sometimes derided as “a cop” who worked for “The Man”)? I suppose so.

But it’s arguably too early to game out those scenarios. What matters most, right now, is that Joe Biden has sent a powerful message of hope to voters who are desperate to empower democratic diversity and leave authoritarian racism in the rear-view mirror.

And Biden is sending an important message about himself. Harris beat him up in the first Democratic debate 14 months ago, but he’s comfortable enough in his own skin to eschew a grudge - and clearly secure enough to govern in partnership with an assertive woman of color. If someone like Harris had ever assailed Donald Trump in the same fashion, Trump would still be attacking the woman’s looks and tweeting his grievances on the nocturnal toilet. Biden, by contrast, is basically telling the electorate, “As a party, we need to be unified. As a country, we need to heal, racially and politically. The stakes are too high for anything else.”

Sure, Trump is already trying to bust Harris’ bubble. He said she was a captive of the radical left. Trump also inaugurated the nickname “Phony Kamala,” but ask yourself whether he, of all people, can get traction by calling somebody else a phony. And it’s a tad weird for Trump to slap the word “phony” on a candidate to whom he has donated money in the past. Yes, folks, he gave $6,000 to Harris when she was campaigning for California attorney general. Daughter Ivanka kicked in $2,000 more.

Trump fled the other night to Sean Hannity’s safe room, where he said a few nonsensical things about Harris (she’s “against petroleum”), but quickly veered into God knows what: “Wind is nice, it’s nice. But it causes tremendous problems. Site and home values going way down. If you see a windmill and you hear a windmill, your home goes down by half. It kills all the birds.”

When you hear that kind of blather, you can’t help but entertain the possibility that we’re on the cusp of saying “Madame Vice President.”