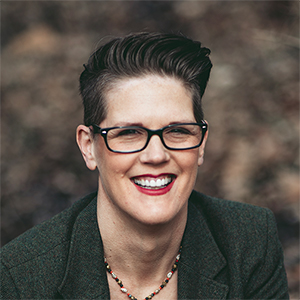 Supreme Court justices did not think through how the Dobbs v. Jackson Women's Health Organization decision would intersect with our health care system beyond abortion access. I have psoriatic arthritis. Methotrexate is the go-to medication for people like me with PsA and other autoimmune diseases such as lupus, rheumatoid arthritis, Crohn's disease and more. Methotrexate is also prescribed to treat ectopic pregnancies.

Because of restrictive abortion laws in many states, access to and prescriptions for methotrexate have come into question. When I was prescribed methotrexate, my doctor specifically stressed that I should use two forms of birth control because while taking methotrexate, an unintended pregnancy would not be viable. Methotrexate strips the body of folic acid.

Herein lies the issue. Doctors who care for women of childbearing age who have autoimmune disease now have to think twice when treating them. The pharmacists who dispense methotrexate now have reason to be concerned about being charged with aiding and abetting an abortion in states like Texas.

However, insurance companies require methotrexate to be used as a first line of defense against many autoimmune diseases. When I was first diagnosed, my insurance required me to try methotrexate first prior to moving on to the newer biologic drugs that I take now. This is called "step therapy." Methotrexate is cheaper than biologics. My most recent statement was $12,461.97 for a one-month supply of my biologic injections. The American College of Rheumatology found in their 2020 patient survey that almost half (46%) of patients reported that their insurer subjected them to step therapy requirements. Insurance companies do not want to pay for more expensive medication if a less-expensive traditional one works well.

Women who routinely take methotrexate for chronic illnesses like autoimmune arthritis are now facing barriers to accessing their medication. Symptoms vary with each individual, but for me, leaving my psoriatic arthritis untreated means I can't walk. I can't sleep comfortably, and my feet swell painfully to the point where shoes are not an option. The pain is so much that I am bedridden. All of us have experienced full-blown active disease on our road to diagnosis. To expect a person to return to that in the name of being "pro-life" is unethical and heartbreaking.

Women should not have to worry about losing the medication that allows them to function in their daily lives along with losing their reproductive health care. Justice Clarence Thomas has already stated that access to contraception should be evaluated by the courts next. With methotrexate, access to contraceptives is vital. Access to an abortion if those contraception methods fail is also vital. A pregnancy is not viable when methotrexate is in the system. No one should suffer like that.

Women with chronic illness already live through so much. To find a medication that works for you in the face of illness saves your quality of life. To have it stripped away for fear of the perception that it is being used to terminate a pregnancy is cruel.

Our United States Supreme Court did not think this decision through. This pebble tossed into an ocean under the guise of "pro-life" will continue to ripple out to harm women, again and again and again.

One year ago, I accepted the opinion editor position at The Courier Journal in Louisville, Kentucky. This is my first "real job" since 2010 when I worked as the executive director of a small community center in Michigan ...Read More

The pandemic taught us that a lot of things can happen efficiently from a distance. It helped normalize working remotely, delivering groceries and even contactless delivery. I'm grateful for all of these things in my busy ...Read More

We're closing on our house and this move feels like a failure.

We purchased the house six months before the pandemic hit. We'd moved from Louisville back to the small Northern Kentucky community where I grew up. I have ...Read More

The other day, while listening to '90s radio on Pandora, I was transported back to a high school assembly, one meant to deliver doses of optimism and confidence to teens. The assembly was packed with stories of ...Read More