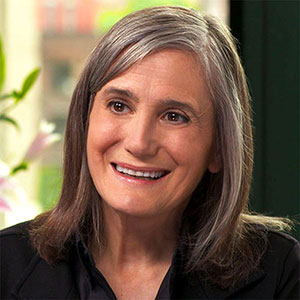 Swedish climate activist Greta Thunberg is getting carried away. Literally. She joined thousands in the village of Lützerath, Germany, to oppose the expansion of an open-pit lignite mine, one of the dirtiest forms of coal. Police in riot gear hauled her away as the mass arrests progressed. Greta wrote on Twitter: "Yesterday I was part of a group that peacefully protested the expansion of a coal mine ... We were kettled by police and then detained but were let go later that evening. Climate protection is not a crime."

As Greta was being detained, thousands of the global elite were arriving in Davos, Switzerland, for the 53rd annual meeting of the World Economic Forum. The WEF is touted as a place for leaders to engage in peer-to-peer dialogue to address the world's most pressing problems. Hundreds arrive by private jet, which, on a per-passenger basis, is the most heavily polluting mode of transport.

This gathering of high carbon emitters heard from United Nations Secretary-General António Guterres. "We are flirting with climate disaster. Every week brings a new climate horror story," he said. "The consequences will be devastating. Several parts of our planet will be uninhabitable. For many, this is a death sentence, but it is not a surprise. The science has been clear for decades ... We learned last week that certain fossil fuel producers were fully aware in the 1970s that their core product was baking our planet."

"Exxon, Chevron and other big oil companies knew that when they were burning fossil fuels in the 1970s, it was causing climate change and that this was going to be a major problem for humanity," Democratic Congressmember Ro Khanna, who helped lead the investigation, said on the Democracy Now! news hour. "They had the best scientists. And yet their CEOs, their executives went out for decades and lied to the American public, did not disclose their own science. As a result, we never started the transition, and we are in the world of pain that we are in today."

The "world of pain" he referenced has descended on Khanna's home state of California, battered over the past two weeks by climate-fueled rain and snowstorms, landslides and mudslides, driven by what climate scientist David Swain described on Democracy Now! as "atmospheric rivers ... corridors of highly concentrated atmospheric water vapor moving quickly through the atmosphere." In addition to billions of dollars in damages, these unprecedented storms have claimed 22 lives to date.

While Davos is buzzing with World Economic Forum activities "to drive tangible, system-positive change for the long term" and spur "proactive, vision-driven policies and business strategies," the Alps, in which the resort town is nestled, are suffering a climate crisis of their own. An unseasonably warm winter has left much of the huge mountain range barren of snow, with the multi-billion dollar ski and winter snow sports industry in a crisis.

In 2019, Greta Thunberg, then 16 years old, told the World Economic Forum: "I don't want you to be hopeful. I want you to panic. I want you to feel the fear I feel every day. And then I want you to act ... as if the house is on fire. Because it is."

Three years later, she is back in Davos, fresh from the coal protests in Lützerath, with other youth climate leaders including Vanessa Nakate from Uganda, Helena Gualinga from Ecuador, and Luisa Neubauer from Germany. They have issued a letter to the CEOs of fossil fuel corporations, that reads in part: "This Cease and Desist Notice is to demand that you immediately stop opening any new oil, gas, or coal extraction sites, and stop blocking the clean energy transition we all so urgently need ... If you fail to act immediately, be advised that citizens around the world will consider taking any and all legal action to hold you accountable. And we will keep protesting in the streets in huge numbers."

The World Economic Forum has been discussing world problems for just about as long as ExxonMobil has been lying about climate change. Scientists revealed this week that Greenland just had its hottest decade in 1,000 years and that its massive ice sheet is rapidly melting, causing more sea level rise. Catastrophic climate disruption is here, and disruptors like Greta Thunberg are clearly not the ones who should be arrested.

Feb. 1 marked a beginning and an end. It's the first day of Black History Month, the national celebration honoring the hard-won achievements of African Americans over the painful ...Read More

"The first casualty when war comes is truth," U.S. Sen. Hiram W. Johnson of California said in 1929, debating ratification of the Kellogg-Briand Pact, a noble but ultimately ...Read More