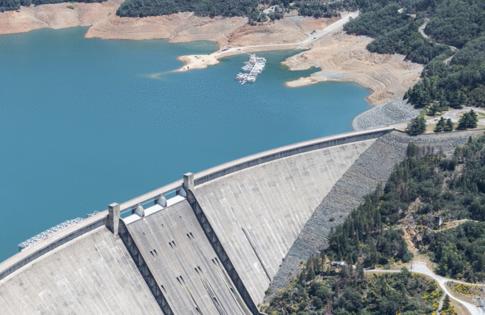 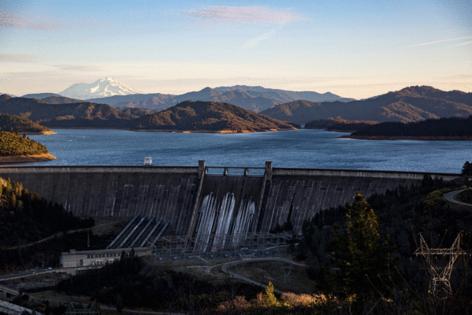 Torrential rain across California in recent weeks has caused plenty of misery, but it could also generate some good news on the energy front: If rain and snow totals hold up, all the precipitation will boost hydroelectric production — and that would help the Golden State's electric grid, especially in the summertime when the system comes under strain.

"Based on the reservoir levels and what we're seeing this year, we expect to have more hydroelectricity generated this year than we have for the last several years," said Lindsay Buckley, director of communications at the California Energy Commission.

Lake Shasta near Redding is home to California's largest reservoir, feeding the Shasta Powerplant, which produces hydroelectric power for the 15-state western power grid. As of midnight Monday, Lake Shasta was up to 83 percent of average, according to the Department of Water Resources.

Snowpack in the Sierra is also piling up fast.

The UC Berkeley Central Sierra Snow Lab, at nearly 7,000 feet elevation at the Donner Pass, reported 80.9 inches of snow falling in the past week.

Melting snow in springtime feeds the rivers that help power large hydro facilities and what's called "snow water equivalent" represents a critical metric. It refers to the overall amount of water the snowpack contains and will release when it evaporates.

"That means we're just about twice the amount of water in the snowpack that we would expect to this point in that water year," said Andrew Schwartz, the Snow Lab's lead scientist.

The average peak for snow water equivalent is already at 96 percent.