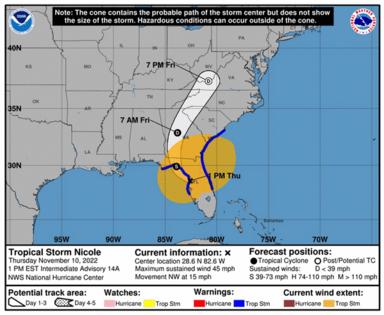 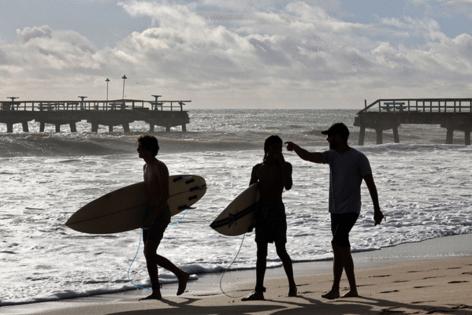 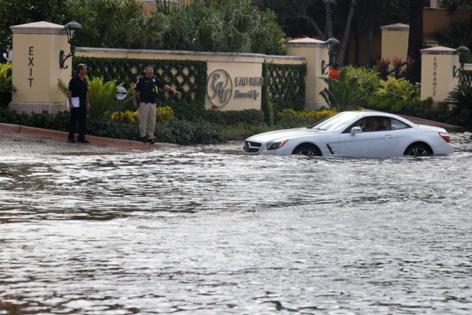 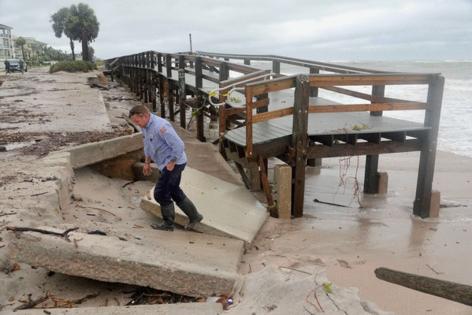 MIAMI — Hurricane Nicole made landfall just south of Vero Beach early Thursday morning with much of its worst damage already done along a Florida coastline battered by high surf and storm surge that undermined pool decks and sent at least a few buildings tumbling into the sea.

Nicole came ashore as a Category 1 hurricane with 75 mph winds but almost immediately weakened to tropical storm strength as it moved inland. But its massive wind field and bands of powerful thunderstorms extended hundreds of miles to the north, bringing gusts up to 60 mph and drenching rains across much of the upper half of the state — from Tampa to Cocoa Beach.

Conditions quickly improved in its southern wake. By mid-morning, there were no storm watches or warnings for Miami-Dade, Broward or Palm Beach. With the worst of the winds over, Miami-Dade planned to reopen schools Thursday, while dozens of other districts across the state remained closed.

“Impacts have been basically what’s been expected,” Gov. Ron DeSantis said during a news conference at the state's emergency operations center in Tallahassee. “You do have downed trees, you have power lines, you have some road washouts, combined winds and storm surge.”

The storm’s cold outer rain bands could create tornadoes, with the most recent one recorded about 8:30 a.m. in St. Johns County, Florida Division of Emergency Management Director Kevin Guthrie said. Floridians who receive a weather alert for a tornado should shelter in an interior part of their home, he said.

Sunken homes, broken piers and a rocket at risk