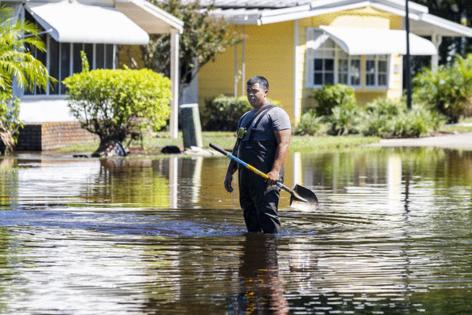 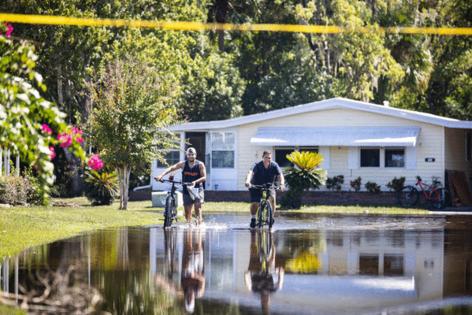 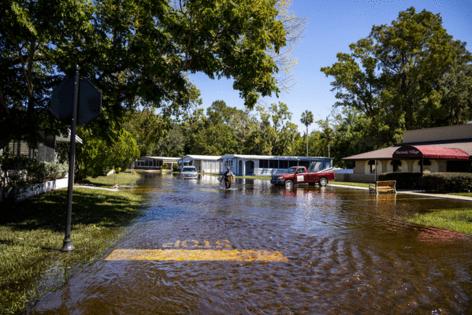 “I didn’t find out about the boil water notice until this morning,” Robert Graham said. “I usually watch TV and go online to find out anything but we don’t have power so we are totally in the dark.”

Graham, 81, is a disabled Vietnam veteran who couldn’t go to a shelter because he has trouble getting up and down after having 28 surgeries.

“My dog has been having diarrhea and he’s been drinking the water so maybe that’s why,” Graham said about the boil water notice in the city.

Graham said he had almost a foot of water enter his home and couldn’t get out of his house because his street was flooded so badly. He hopes the money from the Federal Emergency Management Agency will help repair the water damage to his home.

Gee Creek runs behind Hacienda Village and contributed to some of the widespread flooding. The creek is within the Lake Jesup watershed which is one of the rivers that Seminole County officials have been warning will continue to rise and flood more communities.

The St. Johns River, which runs through Seminole and Volusia counties, is another river officials are worried will increase flooding. In preparation, Volusia County announced prefilled sandbags are available at the Osteen Civic Center on Sunday and hot meals will be available at the center by the Salvation Army.

In Hacienda Village, one section of the community has power but the other two sections are still without power because the main transformer boxes are underwater.