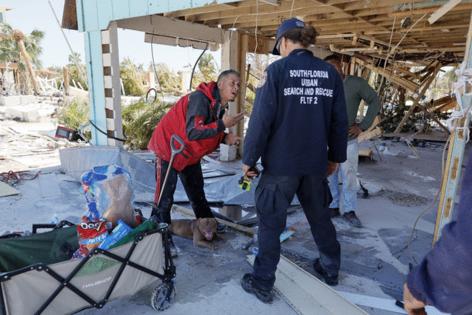 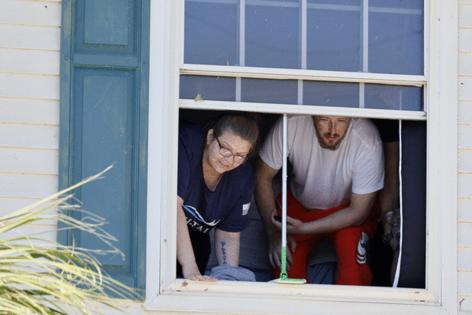 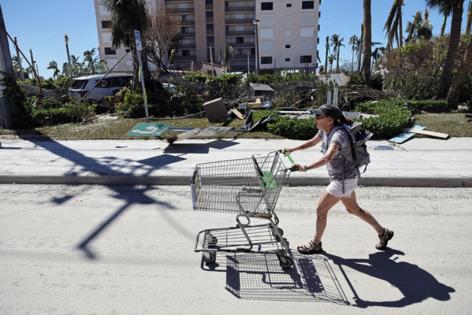 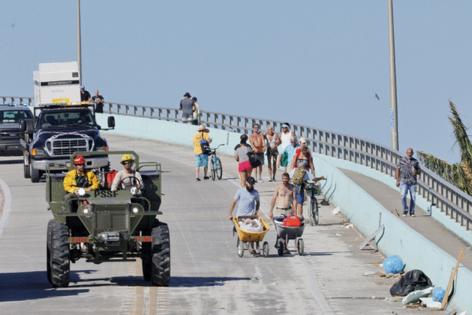 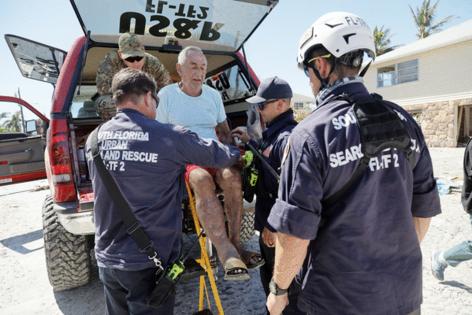 At The Pier Peddler, a gift shop that Kapel managed, she gazed at the wreckage of the building that stood there on Fifth Street since 1985, talking with her friend Candy Miller, a local muralist, about what happened to neighbors whose lives were claimed by Hurricane Ian.

“Your landlord, last I heard, she was in the bathtub and the walls were crumbling around her,” Miller told Kapel, in shock, Friday afternoon.

“One of the neighbors down at the end of the block by the bay heard her screaming as her house was floating into the bay,” Kapel responded.

Another woman and her husband were swept out into the surging water. The wife survived because she clung onto a railing for hours. But the water took her husband away.

The days of grueling search and rescue efforts in Fort Myers Beach — one of the areas particularly ravaged by Hurricane Ian — have begun, and those whose homes, businesses, jobs and sense of safety were obliterated in the blink of an eye are setting out on a long and uncertain road to a new life.

The barrier island town may be unlivable for years. Some residents have decided to stay despite its apocalyptic condition. And many who evacuated or were rescued Friday had no immediate plans for where to go or how to pick up the pieces of their lives.

Hurricane Ian made landfall on Florida’s southwest coast at Cayo Costa on Wednesday afternoon as a Category 4 storm that brought winds of 150 mph and as much as 18 feet of storm surge in some areas. President Joe Biden said earlier this week that destruction from Ian could be the worst in Florida history. At least 24 died, but that number is likely to rise.

FEMA’s South Florida Urban Search and Rescue Team Florida Task Force 2 has set up its base of operations not far from the end of the Matanzas Pass Bridge on the northern side of the island outside of the new Margaritaville resort that was still under construction. The 82-person team, made up of personnel from Broward County Sheriff’s Office Fire Rescue, Fort Lauderdale Fire Rescue, City of Miami Fire Rescue and other South Florida agencies, was among the first to get on the ground in Fort Myers Beach following Ian.

Days earlier, the view across the street from where the first responders are set up was of downtown restaurants and shops with Florida’s touristy allure. Now, the entire island people called paradise is the inscrutable view of a city laid to waste.