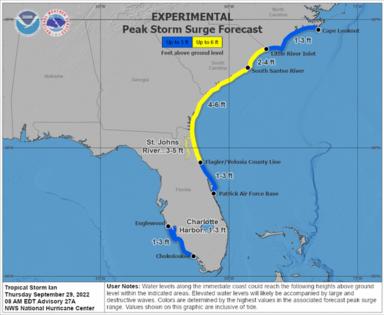 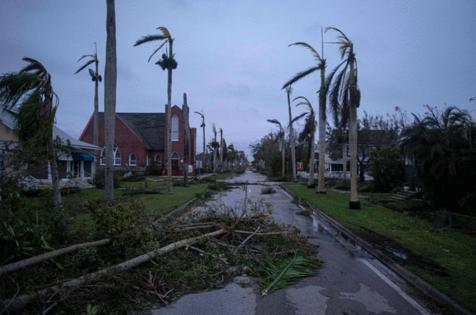 Ian was about 25 miles north-northeast of Cape Canaveral, Florida, and about 285 miles south of Charleston, South Carolina, as of the National Hurricane Center’s advisory at 11 a.m. Thursday. It has maximum sustained winds near 70 mph with higher gusts and is moving north-northeast at 9 mph.

While Ian is much weaker than when it hit Florida’s southwest coast as a devastating Category 4 hurricane Wednesday afternoon, the large storm caused “catastrophic flooding” over east-central Florida early Thursday as it trekked closer to the Atlantic. It battered parts of Florida with strong winds, heavy rain and storm surge.

Ian is expected to become a hurricane again Thursday evening in the Atlantic as it heads to South Carolina, where it’s expected to make landfall as a Cat 1 hurricane on Friday, according to the hurricane center. It should then weaken as it moves inland.

South Carolina’s coast is now under a hurricane warning. And while the tropical storm warning for Florida’s Gulf coast and Lake Okeechobee was discontinued at 11 a.m. Thursday, a hurricane watch remains in effect from Florida’s Flagler/Volusia County Line to the Savannah River in South Carolina.

A storm surge warning also remains for Florida’s east coast from the Flagler/Volusia Line to the Little River Inlet, which is near the border between North and South Carolina.