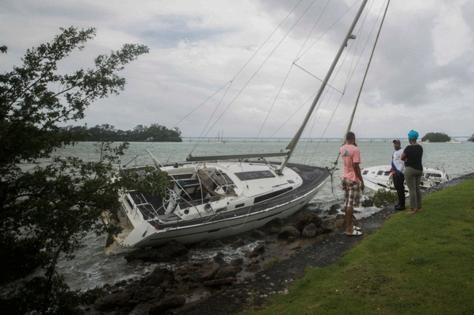 Forecasters on Wednesday are watching five systems, including one near the Caribbean that Florida needs to keep a close eye on.

That system is bringing heavy rains and gusty winds to the Windward Islands. The National Hurricane Center expects the system will turn into a tropical depression within the next couple of days. Computer models are also in agreement that the system could strengthen into Tropical Storm Hermine.

Forecasters expect the system will move west-northwest across the southern Windward Islands Wednesday, and then move toward the central Caribbean Sea later this week. However, after that, the models split on where it will go. Forecasters say it’s also too soon to know what type of hazards the system could bring to Florida, if any.

A NOAA hurricane hunter aircraft was scheduled to investigate the system Wednesday night.

“Regardless of development, heavy rainfall is forecast to affect northwestern Venezuela, northeastern Colombia, and the ABC island chain later this week,” the hurricane center noted in its advisory at 2 p.m. Eastern time Wednesday.