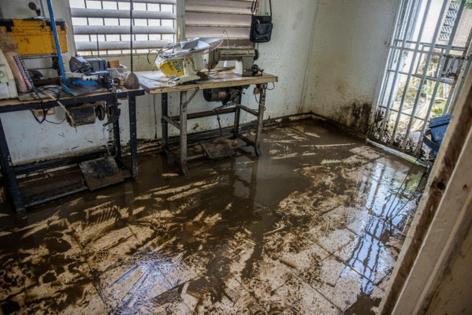 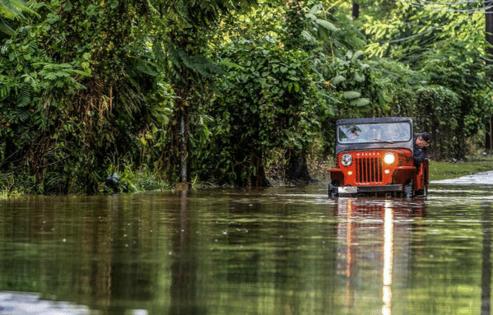 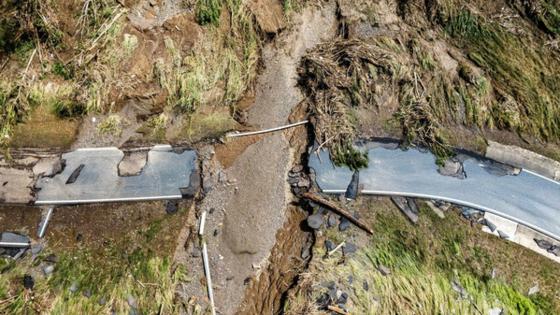 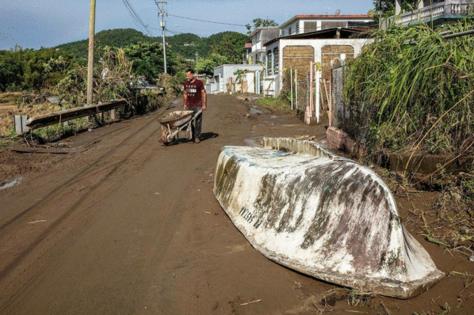 When Jose Albaladejo Santiago opened the white gates of his home Tuesday morning for the first time after Hurricane Fiona flooded Puerto Rico, his dirty refrigerator blocked the entrance.

The water marks left by the rising river waters that stained the home’s first floor were taller than the 65-year-old resident of Barrio San Jose, a community nestled in the valley of the La Plata River in the northern Puerto Rican town of Toa Baja.

Albaladejo slipped through the small crevice and pushed the fridge out of the way.

An air-conditioning unit in the bedroom floor left a hole of sunlight in its wake. The kitchen counters, blackened by mud, were ripped off the walls. Caricature sharks on a child’s table smiled through a layer of mud. Albaladejo’s boots squelched in the thick mud, a watery stench wafting from every surface.

“All our efforts made earth, rubble and trash,” said Juana, his wife, 67, choking on tears as she trailed behind him.

They had returned to Puerto Rico only six months ago after leaving the island when Hurricane Maria flooded their house all the way to the second floor in 2017. Little by little, they fixed up the residence where the couple had once lived. In the two months before Fiona, it became a rental that supplemented Albaladejo’s monthly pension.

On Tuesday morning, exactly five years after Maria devastated the island and killed thousands, the couple and their neighbors found themselves picking up the pieces left behind by another storm in a barrio where the river floods the streets and roars into homes when a hurricane hits.

“This is routine as far back as I can remember,” said Albalajedo, who has heart problems and diabetes.

Hurricane Fiona slammed Puerto Rico over the weekend, killing at least four people, knocking out electrical service and leaving hundreds of thousands without running water. It cut mountain communities off with landslides and flooded coastal and river communities across the island. Thousands have been rescued.

Fiona is the first hurricane to make landfall on the island since Maria. But Puerto Rico was nowhere near recovered when the slow-moving Fiona arrived, drenching the island in as much as 30 inches of rain. The hurricane’s devastation follows not only Maria, but a series of earthquakes that devastated the island’s southern region two years ago and the COVID-19 pandemic.