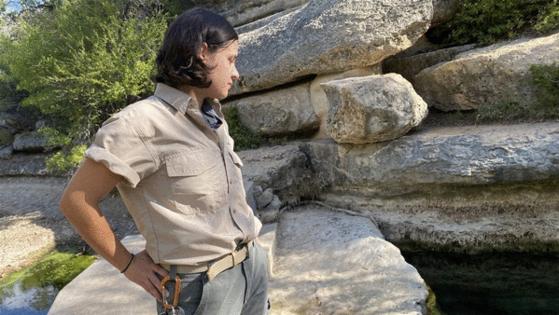 HAYS COUNTY, Texas — Located near the resort community of Wimberly, just 45 miles southwest of Austin, Jacob’s Well has earned a near-legendary reputation as one of the most popular swimming holes in the Central Texas Hill Country. Hundreds come to the artesian spring each summer to dip into blue-green waters that flow from an underground cavern system more than 140 feet deep.

But today, the water source that once sustained Native American tribes is facing an uncertain future, a victim of the relentless drought and extreme heat sweeping much of Texas and other states, including California, Colorado, New Mexico and Oklahoma.

On June 29, Hays County authorities who manage the 81-acre recreational site suspended swimming for the foreseeable future out of fear that falling water levels would lead to contamination and endanger swimmers.

“They determined that the water quality was no longer safe,” said Katherine Sturdivant, outreach coordinator for the Hays County Parks Department. The spring has stopped flowing only three times, during previous droughts in the 21st century. Sturdivant worries that it could be on the verge of No. 4.

The threats facing Jacob’s Well — so-named by mid-19th-century settler William Winter because the natural well conjured up thoughts of “Bible times” — are repeated across much of the West, as record temperatures leave their mark on a broad array of daily life, from failing crops on the farm to burn bans and water restrictions in the cities.

The effects of the drought, which is being compared in Texas to the last severe drought in 2011, has heightened concerns over the long-range availability of water, particularly in burgeoning population centers such as Austin’s Travis County and Hays (San Marcos) and Bexar (San Antonio) counties to the south.

Throughout the West, the story is much the same if not worse. The nation’s two largest reservoirs — Lake Mead and Lake Powell, the giants of the Colorado River Basin — each have fallen to barely over a fourth of their capacity, threatening the future of water supplies and hydroelectric power to at least 40 million people in seven Western states.

With states such as Arizona, Colorado and Nevada projected to grow by 30% or more by 2060, planners fear that demands for water increasingly will outstrip supply. Some areas are trying to address the shortages by restricting water use, building new pipelines and reservoirs, and upgrading inefficient equipment, among other actions.

“The main conclusion is we’re going to have to do more with less,” said Benjamin Hatchett, assistant professor of atmospheric science at the Desert Research Institute in Reno, Nevada.

For California, whose once stratospheric population growth has fallen to a much slower pace, the supply-vs-demand story revolves more around prolonged drought and climate change than the sheer infusion of people. California is grappling with its third drought since the beginning of the 21st century — one that started two years ago — following those of 2012 and 2016.