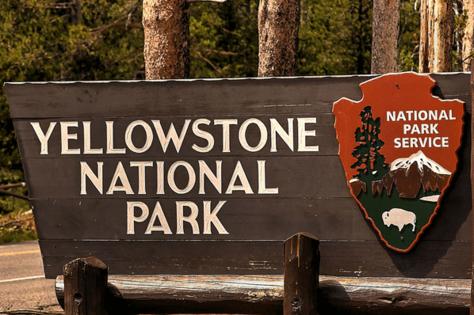 Roads in the northern part of the park and all entrance gates are shutting down Monday, June 13, after “unprecedented amounts of rainfall” caused rockslides and mudslides, the National Park Service said.

Multiple roads have been washed out from flooding, park officials said. Several bridges may also be impacted by the floods.

Tourists in the northern part of the park are being evacuated, park officials said.

“Due to record flooding events in the park and more precipitation in the forecast, we have made the decision to close Yellowstone to all inbound visitation,” Yellowstone superintendent Cam Sholly said in a statement. “Our first priority has been to evacuate the northern section of the park where we have multiple road and bridge failures, mudslides and other issues. The community of Gardiner is currently isolated, and we are working with the county and State of Montana to provide necessary support to residents.”

Sholly said tourists in the southern portion of the park will be moved out of the park later in the day on June 13.

“We will not know timing of the park’s reopening until flood waters subside and we’re able to assess the damage throughout the park,” Sholly said. “It is likely that the northern loop will be closed for a substantial amount of time.”

In some areas, there is about 3 feet of water on the road, according to the National Park Service.

Tourists can check current road conditions here or receive road alerts texted to their phone by texting “82190” to 888-777.