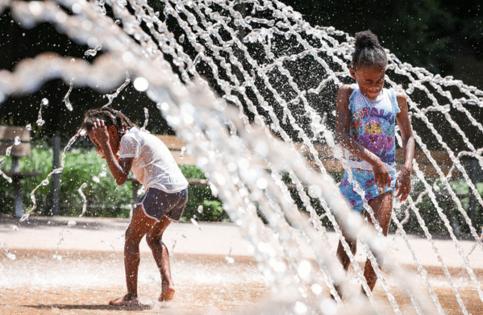 With air conditioners humming across the nation’s second most-populous state, demand on the power grid topped 74.9 gigawatts at 4:50 p.m. local time, surpassing a record set in August 2019, according to the Electric Reliability Council of Texas, which runs the system.

The grid is operating normally, and officials say there are ample supplies to meet demand. One gigawatt is enough to power about 200,000 Texas homes.

The record underscores the searing heat and rampant population growth underway in Texas as tech, aerospace and manufacturing companies flock to the state to take advantage of low taxes and relatively cheap labor. It’s also a potentially grim harbinger of what’s to come this summer. While Texas regularly tops 100 degrees Fahrenheit, it’s early in the season for temperatures to be so extreme. The state had its second-hottest May on record, the National Centers for Environmental Information said Wednesday.

It’s particularly remarkable for the region to set a power-use record on a weekend, when electricity demand is typically lower because many office buildings and factories are closed.

Dallas was forecast to hit 105 on Sunday. Houston will be 100. And Midland will be 103, according to the National Weather Service.

Demand is forecast to peak Sunday shortly before 6 p.m. local time, at about 75 gigawatts.

Texas’s power grid remains under scrutiny 15 months after the system collapsed during a winter storm, leaving much of the state without power for days. More than 240 people died. Officials enacted a raft of reforms following the crisis, but critics warn the system remains vulnerable.