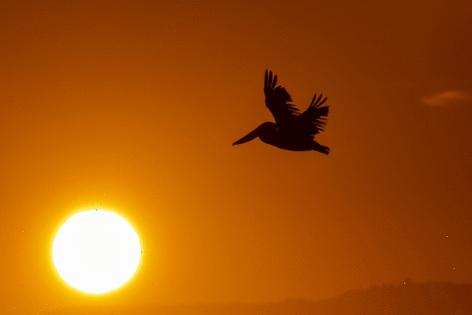 Temperatures in Sacramento are forecast to soar Friday to 105 degrees Fahrenheit (41 Celsius). Phoenix will hit 114 on Saturday. And Dallas, which has already been baking for days, will be 103 on Sunday.

The brutal weather stems from a high pressure that’s settled over the area allowing the heat to build. It will even be hot at night. Sacramento, for instance, will only dip as low as 70 Friday evening. Dallas has a low of 80 on Saturday. That round-the-clock heat is driving up demand for electricity as millions of people kick air conditioners into high gear to cope.

In Texas, the power-grid operator is forecasting record demand for electricity on Friday, which would topple the all-time high set in 2019. Officials have expecting that record to fall for days, but power use has been coming in slightly below forecast.

Houston has opened cooling centers for people to beat the heat, as temperatures are expected to hit 99 degrees Friday and 100 on Saturday. In addition to the soaring temperatures, dust from Africa’s Saharan Desert will drape itself across Houston and east Texas, turning skies a milky gray, keeping temperatures high and making allergies worse for some, the National Weather Service said.