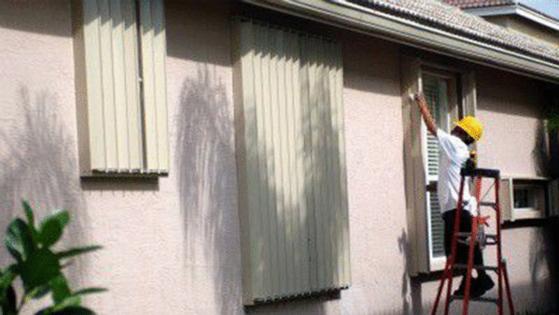 You never want to tempt Mother Nature, especially after 2021 became the seventh consecutive year to have a named storm before the June 1 start of hurricane season.

But meteorologists think the Atlantic will be quiet for the next week, possibly two — and even until the Nov. 30 end of hurricane season.

Wind shear, a feature that rips storms apart, is the primary reason.

“You can’t rule out a system developing somewhere,“ AccuWeather meteorologist Randy Adkins said, “but it seems unlikely we’re going to have a very active end to the season.”

La Niña, the weather pattern usually associated with an active storm season, has started but hasn’t fully taken hold yet, according to meteorologists.

“That trend toward La Niña has been slow in going,” AccuWeather senior meteorologist Dan Kottlowski said. “It’s not like last year. Last year we went into a La Niña much faster, so the state at which we go into a La Niña may be very critical as to how it impacts the shear pattern across the tropics.”

“The westerlies have been dipping into the Gulf of Mexico, down even into the Caribbean and off the southeast coast of the United States more effectively this year than last year,” Kottlowski said. “That creates vertical wind shear, which blows the tops off of thunderstorms, which then either hinders or prevents tropical development, or even tropical maintenance.”

Strong wind shear usually exists in the eastern Atlantic at this time of year, but for this week, and likely next week, it’ll also be in the western Caribbean and Gulf of Mexico.