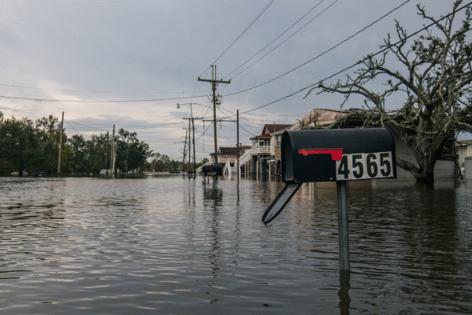 At least 67 people died across eight states, communities were plunged into darkness for weeks while repairs to the electrical grid plodded along, and calls for help went unanswered because of lack of internet access.

The storm “makes it clear that the bill is important, particularly the resilience aspects of the bill, which are urgent,” said Rick Geddes, a Cornell University economics professor and director of the Cornell Program in Infrastructure Policy, a research center. He mentioned flood mitigation, fire prevention and water conservation, all of which are included in the “resilience” portion of the bill.

“If you keep rebuilding and Mother Nature keeps tearing it down, you might say you should rebuild in a different way,” he said in a telephone interview.

Across the country, governors of both parties are lobbying to ensure resilience measures are included in the sweeping infrastructure bill passed by the U.S. Senate and awaiting further action in the U.S. House. In addition to flood mitigation, drought management and broadband expansion, state officials are particularly interested in bolstering the electrical grid, including placing some wires underground; and taking steps to reduce the number and intensity of wildfires, particularly in the West.

A group of Western governors met virtually with President Joe Biden this summer to outline their wildfire needs, amid a devastating wildfire season.

They called for more tools to fight fires, including more airplanes equipped to drop fire retardants.

California Gov. Gavin Newsom, a Democrat, said the fires “transcend politics,” noting that his state’s fires are “blowing past all records.”

"We need more boots on the ground," he said. "We do not come close to having the tools in the air that we need."