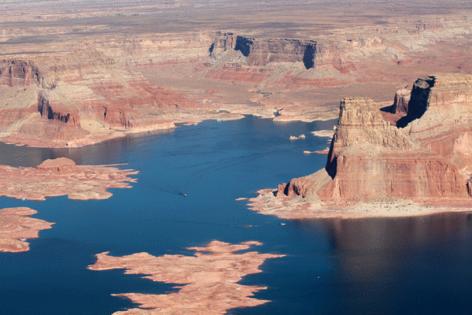 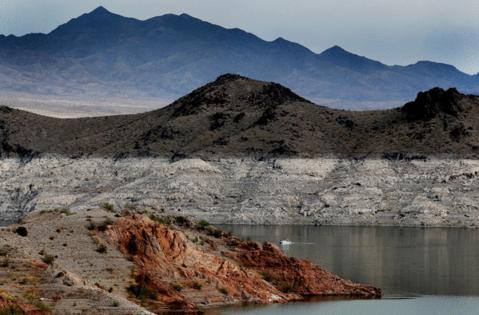 WASHINGTON — Las Vegas visitors can still snap selfies with the mermaids swimming among tropical fish in the Silverton Casino’s massive aquarium and gaze at the colorful dancing water displays of the iconic Bellagio fountains — for now.

But southern Nevada and much of the American West are struggling to cope with a worsening drought that has strained municipal water supplies, agricultural operations and wildlife populations.

Tens of millions of Americans live in areas being punished by drought, from Oregon’s Klamath River basin to California’s Central Valley. The crisis is ramping up pressure on Capitol Hill to act even as lawmakers confront sharp partisan differences over the best ways to respond.

The bipartisan infrastructure bill approved by the Senate includes provisions aimed at mitigating drought impacts, and Democrats are looking to build on that with additional measures in their budget reconciliation package.

The seriousness of the situation is particularly evident in the seven-state Colorado River Basin, where water levels at Lake Mead and Lake Powell have dropped to record lows, not just affecting the amount of water available for households and agriculture but also threatening electricity generation at the Hoover Dam, which serves areas across Nevada, California and Arizona.

The Bureau of Reclamation recently declared the first-ever federal water shortage for the Colorado River, triggering cuts in the water available to Arizona farmers. Climate change is expected to exacerbate the situation, in part by reducing the amount of snowpack that helps fill the river as it melts every year.

House Natural Resources Chair Raúl M. Grijalva, D-Ariz., said in a statement at the time that the declaration represented a “stark reminder” of how climate change is affecting the water supply for tens of millions across the West.

“We have a plan in place to manage the Colorado River drought conditions that we’re experiencing today, but we have to prepare for a future markedly drier than even the two decades of drought that has led up to today’s announcement,” he said.

Indeed, lower water levels at Lake Mead could be ahead, John Entsminger, general manager of the Southern Nevada Water Authority, testified before Congress earlier this year.

“Looking out just a few years, if the same hydrology levels that we’ve experienced recently continue, there’s a high probability that Lake Mead water levels will continue to decline, potentially reaching an elevation within the next decade where we will hover just above the point where Hoover Dam can no longer deliver water downstream and power production will come to a halt,” Entsminger told lawmakers.

Southern Nevada residents rely on the Colorado River for nearly all of their municipal water supply and have tried to mitigate the situation through infrastructure projects and conservation initiatives. That includes investigators who patrol the Las Vegas Valley on the lookout for faulty sprinklers and other water waste.

Such efforts have produced results. Nevada’s consumption of Colorado River water has fallen 23% since 2002 even as the population has risen more than 52%, Entsminger said. Nevada recently adopted a ban on using Colorado River water for irrigating decorative grass in medians, parking lots and other areas that will go into effect by 2026.

And yet the need for more action can be seen in the closed boat launches and “low water” warning signs all around Lake Mead, not to mention the “bathtub ring” that shows just how far its water levels have fallen in recent years.

Farmers from Blythe, California, to central Arizona wonder about the future of their operations if conditions remain dry and their share of the river water continues to be curtailed. It will be a rolling crisis due to complicated considerations over the seniority of water rights. The federal shortage declaration is first hitting the Central Arizona Project, which supplies water to farms growing crops such as alfalfa, cotton and corn.

If farmers can’t get the water to grow their crops, it would represent both a blow to those local economies and potentially a hike in food prices for consumers across the country.

Drought mitigation measures have been included in the bipartisan infrastructure bill that was approved by the Senate and is now pending in the House, as well as the proposed reconciliation package being assembled by Democrats.

The bipartisan bill included provisions that would provide $400 million for the WaterSMART grant program that focuses on improving water conservation and $450 million for large-scale water reuse projects.

Democrats on the House Natural Resources Committee have proposed adding another $100 million for water reuse projects through their portion of the reconciliation bill, as well as $50 million to support water technology development such as desalination techniques. It also would provide $1 billion for near-term drought relief programs and another $150 million specifically to help Native American tribes mitigate drought impacts. And it would provide $2 billion over the next decade to help Native American tribes settle water rights issues.

Democrats see the funding for reuse projects as particularly important with several of them in the works now, including one led by the Metropolitan Water District of Southern California.

The idea behind such a project is that it can be financed in part with money contributed by others in the basin in exchange for Southern California giving up some of its water rights.

Rep. Grace F. Napolitano, D-Calif., has touted the need for those kinds of recycling projects to deal with drier conditions.

“Well, Mother Nature didn’t give us any new water,” Napolitano said at a hearing earlier this year. “We have to reuse, recycle and clean it and not abuse it as much as we do right now.”

Rep. Jared Huffman, D-Calif., and other lawmakers have proposed legislation that would exempt water conservation rebates from federal income taxes.

Democrats, including President Joe Biden, have cited the intense drought as further evidence of the need for sweeping measures to combat climate change. Their immediate drought solutions have focused on water conservation and recycling.

Many Republicans have historically blamed water shortages, at least in part, on mismanagement and overreaching federal protections for fish and other wildlife that they say restrict how much water is available for people.

GOP lawmakers have criticized Democratic proposals in the pending bills as overly expensive and yet still inadequate for future needs.

“You can’t fix the drought with water recycling,” Rep. Bruce Westerman of Arkansas, the top Republican on the House Natural Resources Committee, told reporters recently. “Not to say that water recycling is not important, but it’s much larger scale than that. They like to put Band-Aids on the problem after they’re out there.”

Instead, Westerman and other Republicans focus on increasing water storage capacity, which generally means building new dams and reservoirs. Specifically, Republicans have talked about the need to go forward with the Sites Reservoir and building up the Shasta Dam in California.

But critics of that approach say projects such as the Sites Reservoir would ultimately hurt wildlife and still not solve the problem.

Huffman, chairman of the Natural Resources Subcommittee on Water, Oceans and Wildlife, said at a drought-related hearing that dealing with such dry conditions will require major infrastructure upgrades backed with increased federal spending.

“Pretending that there are simple fixes, that if we just weaken environmental laws or build another huge dam that this problem will go away, that’s a form of denial that we cannot afford to indulge,” Huffman said.