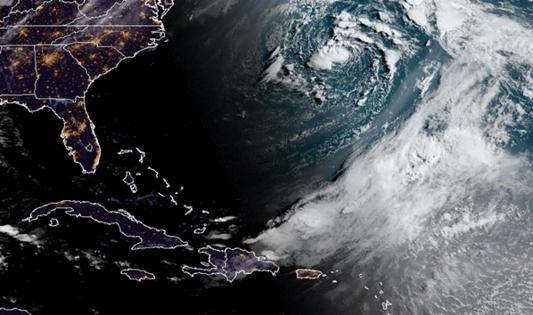 Forecasters say the disturbance is associated with another area of cloudiness and showers over the bay and adjacent areas on land, according to a hurricane center advisory at 2 p.m. Sunday.

It is possible there will be slow development of the system over the next several days as it moves slowly and erratically, forecasters say. A tropical depression could form by the middle next week.

It has a 20% chance of formation in the next 48 hours and a 50% chance within the next five days.

Regardless of development, this system could produce heavy rainfall across portions of Central America and southern Mexico.

June 1 was the first official day of the hurricane season — even though we already saw Tropical Storm Ana form near Bermuda last month. Forecasters are predicting another “above average” season this year, although we shouldn’t see as many storms as the record-breaking season in 2020.