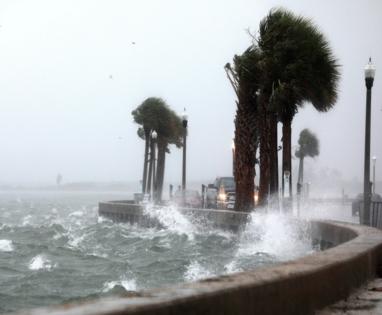 Colorado State University researchers issued a new forecast Thursday that maintains an earlier prediction for an above-average season and increased risk of a landfall.

“We anticipate an above-normal probability for major hurricanes making landfall along the continental United States coastline and in the Caribbean,” stated the forecast from the university’s Tropical Meteorology Project.

The forecast cited the likely absence of El Nino, the warm patch in the Pacific Ocean that generated the high-altitude cross winds that can tear up incipient hurricanes in the Atlantic. It also said tropical waters in the Atlantic are likely to be warmer than usual at the peak of the hurricane season, providing the essential fuel for hurricanes and tropical storms.

The prediction is in line with others that came out before the official start of hurricane season June 1.

A forecast from the National Oceanic and Atmospheric Administration predicts six to 10 hurricanes, of which three to five could achieve major hurricane strength. A major hurricane is one that reaches at least Category 3 status, which requires winds of at least 111 mph. The agency predicts a total of 13 to 20 named storms, which means those with winds speeds of at least 39 mph.

Although Colorado State’s prediction continues to call for an above average season, the forecast remains well below the number of storms generated last year, a record-setting season that produced 30 named storms, with 14 hurricanes, of which seven achieved major hurricane strength. No one expects a season like that this year.

Hurricane season runs June 1 through Nov. 30, with the peak coming in August, September and October.