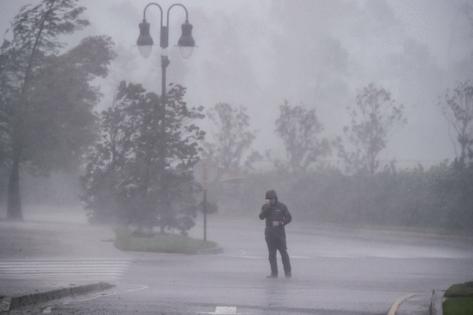 Early indicators once again point to above-average numbers coming off the tired heels of the busiest Atlantic hurricane season of all time.

Before 2020′s official season began, the National Oceanic and Atmospheric Administration predicted between 13 to 19 storms, likely to surpass the average of 12 named storms over the previous 30 years.

Forget above average. The 2020 season ended with the most named tropical systems in recorded history, forcing hurricane trackers to plow through their normal alphabet and into the Greek alphabet for just the second time ever while logging a series of extremes into the record book.

“(We learned0 you have to be ready for anything,” said NHC Director Ken Graham. “We had 30 named storms, the most named storms in 170 years. It was a crazy busy, relentless season during a pandemic.”

The first record was shattered two days into the season when Tropical Storm Cristobal developed, making it the earliest forming “C”-named storm of any season. Two tropical storms, Arthur and Bertha, developed before the June 1 start of the season. The letters kept lining up to become the earliest ever seen: Edouard, Fay, Gonzalo, Hanna, Isaias, Josephine, Kyle, Laura, Marco, and all of those before September.

That includes Hurricane Iota, the second Category 5 Atlantic hurricane to ever form in November. The other was the 1932 Cuba Hurricane. The 11th month of the year is too cold for most storms to form. Nov. 30 marks the end of hurricane season because of the northern hemisphere’s transition to winter and tropical conditions become less than ideal for development.

The final storm of the season was Tropical Storm Theta, which died out 15 days before the official end of the hurricane season. Of the 30 named storms, 13 became hurricanes. Of those, seven developed into major hurricanes, storms with maximum sustained winds greater than 110 mph, tying the seven seen in 2005, the only other year to use the Greek alphabet.

It was the close to a dramatic season, exacerbated by the already dramatic coronavirus pandemic, and the U.S. suffered a record number of landfalls with 12, far surpassing the previous record of nine set back in 1916.