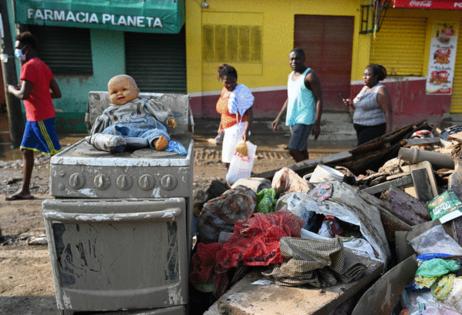 That luck has some scientists particularly worried about the 2021 season, however. Though it’s expected to be a far cry from the record 30 named storms that formed last year, Colorado State University predicts there will be 17 named storms, eight hurricanes and four major hurricanes in 2021.

Lead hurricane researcher Philip Klotzbach fears some Floridians won’t prepare as usual for this year’s storms after dodging so many in 2020.

Florida has been hit by 121 hurricanes and 37 major hurricanes since 1851 — by far the most of any state. With another eight hurricanes forecasted for 2021, it’s certainly possible that one or more will again find their way to the Sunshine State, Klotzbach said.

Colorado State scientists predict there is a 45 percent chance a major hurricane will strike Florida or the east coast, and a 44 percent chance of landfall anywhere from the Florida Panhandle to Texas along the Gulf Coast.

“Florida got really lucky last year given how many storms were out there,” Klotzbach said. “But now the big concern is that one of these storms is going to actually hit a major metropolitan area and cause massive amounts of damage.

“That’s especially the case for Tampa-St. Petersburg, which is so, so prone to storm surge.”

Colorado State is a leading hurricane forecaster, and its prediction dovetails with other important forecasts. The National Oceanic and Atmospheric Administration predicts an above-normal storm season with 13 to 20 named storms, 6 to 10 hurricanes and 3 to 5 major hurricanes in 2021. Private forecaster AccuWeather calls for 16 to 20 named storms this year.

Klotzbach emphasized that a direct hit to Tampa Bay is an infrequent occurrence. In fact, 2021 is the 100th anniversary of the last hurricane to strike the region, the 1921 Tampa Bay Hurricane aka the 1921 Tarpon Springs Hurricane.

It reached the Tarpon Springs shore on Oct. 25 as a Category 3 storm generating maximum winds of up to 115 mph, killing six bay area residents, inflicting millions in damage and destroying that year’s citrus crop. It was the first major tropical cyclone to hit the region since the 1848 Tampa Bay Hurricane, aka the Great Gale of 1848.