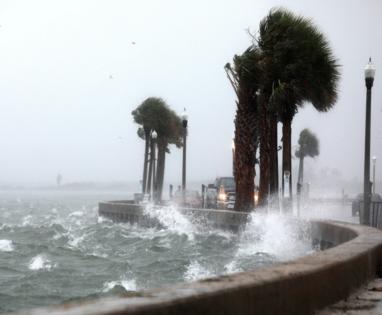 That’s according to the 2021 Atlantic hurricane preseason forecast by the National Oceanic and Atmospheric Administration, which was released Thursday afternoon.

NOAA meteorologists are predicting a 60% chance of an above-average season. In April, the NOAA updated just what exactly it considers an average season, using 30 years of data including the record-breaking 30 named storms of 2020. The new benchmark for an average year is now 12 to 14 named storms.

So while NOAA is expecting a busy year, it’s not predicting another 2020.

“Although NOAA scientists don’t expect this season to be as busy as last year, it only takes one storm to devastate a community,” said Ben Friedman, acting NOAA administrator. “The forecasters at the National Hurricane Center are well-prepared with significant upgrades to our computer models, emerging observation techniques, and the expertise to deliver the life-saving forecasts that we all depend on during this, and every, hurricane season.”

“Now is the time for communities along the coastline as well as inland to get prepared for the dangers that hurricanes can bring,” said Secretary of Commerce Gina Raimondo in the NOAA report. “The experts at NOAA are poised to deliver life-saving early warnings and forecasts to communities, which will also help minimize the economic impacts of storms.”

Prior to the start of the season, the National Hurricane Center is already eyeing a non-tropical low pressure of area with a 90% chance of becoming a tropical depression or tropical storm. The storm will don the name Ana should it take shape as a tropical storm with maximum winds sustained at 39 mph or greater. Early storms have appeared in the last six years, and are not necessarily indicative of an above average season.

The 2020 season, however, is the exception. It had two early storms before June 1 and later went on to have the most ever on record.

Other weather intuitions have predicted busier-than-normal seasons as well. Colorado State University estimates 17 named storms, and AccuWeather predicts as many as 20 named storms.

AccuWeather also predicted the U.S. to experience three to five landfalling storms this season. One reason why that might be possible is due to a weaker Bermuda High, which is a high-pressure zone that is responsible for steering several storms into the Gulf of Mexico and away from Florida. CSU also found the odds of a hurricane making landfall to be above average.