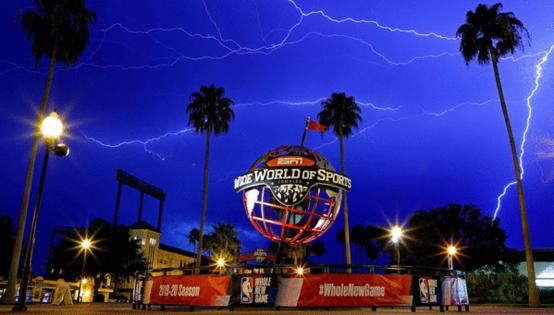 The Sooner State was found to have more lightning flashes per square km than any other state in the country, according to an analysis by Vaisala Corporation, a global weather surveillance company.

The third most was Louisiana by quite a stretch with its average at 71.9. According to a report by Accuweather, Vaisala’s study recorded both cloud-to-ground lightning and in-cloud lightning. Oklahoma’s numbers appear to be more in-cloud lightning; typically seen from a distance.

However, Florida still appears to be the more thunderous state in terms of cloud-to-ground lightning; in particular, Orange and Seminole counties recorded the highest averages.

Both counties averaged 159 lightning events per square km annually, leading the way for the most dangerous lightning areas in Florida.

Florida and Oklahoma’s averages are electrifying by comparison of other states in America but the United States on average doesn’t compare to the striking impact made by countries around the world. Singapore was recorded as the country with the most lightning events annually with an average of 126 per square km — an alarming international average, although still less than Central Florida’s high tallies.

Yet Singapore has a population of nearly 6 million jammed into just over 725 square km. Orange County has less than 1/4 the population but more than four times the space.

Experts warn as we move into the stormy season, residents and tourists should take cover in Central Florida this summer. Last year, three people reportedly died in Florida due to lightning-related incidents with one of them having happened in Apopka, according to the Lightning Safety Council. The incident took place on Sept. 26 while 58-year-old Jesus Perez was grilling in a residential yard. Perez was hit by a bolt of lightning while standing next to a tree, NLSC records show. Other Florida deaths included: 41-year-old Jose Rivera who died on May 27 while working on a resident’s lawn in Port St. Lucie, and 35-year-old Raul Rome Teoba who died while doing roof work on May 28 in Middleburg.

Last year’s national lightning death count of 17 is low by comparison to 2018 and 2019, in which there were a total of 21 fatalities each year. Experts believe the 2020 total is probably higher, but has been reported lower because of other media interests such as COVID-19, according to the Lightning Safety Council.

None of the reported deaths took place in Oklahoma.