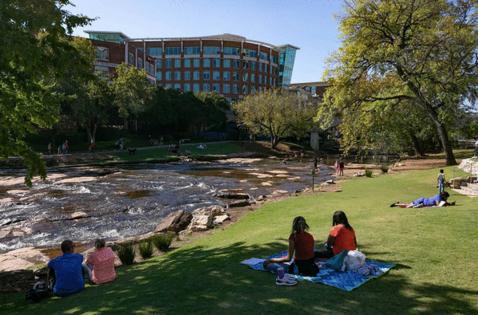 Virtually every river, creek and lake tested recently by South Carolina regulators was found to contain “forever chemicals,’’ materials once used by industry that today are being linked to a variety of toxic effects on people.

The S.C. Department of Health and Environmental Control released data this week showing the results of a testing program the agency launched to see how widespread forever chemical contamination is in rivers and other bodies of water across the state.

DHEC’s tests, conducted on about 90 waterbodies near suspected sources of forever chemical pollution, showed contamination in some of the state’s most visible rivers, including the Congaree in Columbia, the Waccamaw near Myrtle Beach, the Reedy in Greenville, the Ashley near Charleston, and the Pee Dee near Society Hill. The agency also found the pollution in multiple smaller streams, such as Gills Creek and Six-Mile Creek in the Columbia area.

Not all of the pollution levels were excessive, but some of the recorded contamination was above federal health advisory limits for certain types of the forever chemicals, known formally as per- and polyfluoroalkyl substances or PFAS.

Test results show that many rivers, streams and lakes exceeded the new health advisory limit of near zero for two of the most common types of PFAS chemicals, known as PFOA and PFOS.

The highest levels of PFOA showed up at Big Generostee Creek in the Savannah River Basin near Anderson. The creek had a reading of 170 parts per trillion for PFOA. That’s roughly 170 times higher than the current health advisory limit, but also more than twice as high as the old health limit of 70 parts per trillion.

Lake Conestee, an Upstate lake just south of Greenville, had the highest recorded level of PFOS at 135 parts per trillion, according to DHEC’s test results.

The Pocataligo River, near Manning in eastern South Carolina, had by far the highest total accumulation of PFAS, with a reading of 7,663 parts per trillion, records show. A map of locations where forever chemicals were found is accessible on DHEC’s website.

Regular exposure to forever chemicals, which often comes through drinking polluted water or eating contaminated food, is suspected of causing certain forms of cancer and developmental disabilities in children.