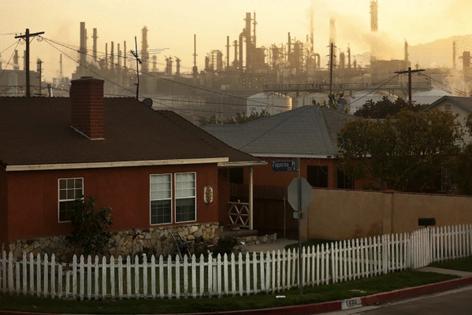 But now they fear that work could be upended by a pair of pending U.S. Supreme Court cases examining affirmative action admissions policies at universities. If the court strikes down affirmative action, many state lawmakers believe, the ruling could open legal challenges to “race-conscious” laws that seek to help marginalized communities.

“State laws are very explicitly self-aware in acknowledging the past explicit racism that underlies the environmental injustice that we continue to see,” said Emily Hammond, an environmental law expert and professor at the George Washington University Law School. “That’s heartening, but it's worrisome to see those on a crash course with a different policy agenda to make race neutrality the explicit law of the land.”

State lawmakers who have backed such measures say they’re carefully watching the Supreme Court cases, and many Democrats worry they’ll have to revise a whole slew of state laws to help them survive legal challenges. There’s not yet a clear consensus on whether the environmental justice proposals that legislators will consider in their 2023 sessions should be written to exclude race.

“Do I think our environmental justice law hangs in the balance? I do,” said New Jersey state Sen. Troy Singleton, a Democrat. “This could have a seismic impact on how public policy is crafted. I would be naive to tell you I’m not concerned about it.”

Singleton was among the sponsors of a law, passed in 2020, that requires New Jersey state regulators to consider the environmental and public health effects of facilities proposed in overburdened communities. Among the qualifiers for the “overburdened” label are communities with 40% of residents who are racial minorities or tribal members.

Republicans have largely opposed efforts to address environmental issues through the lens of race, with many characterizing systemic racism as a thing of the past.

“It’s just a dangerous trajectory for us to continue to force this conspiracy of racism on all of these decisions,” U.S. Rep. Garret Graves, a Louisiana Republican, said last year during a hearing on a federal environmental justice bill, E&E News reported.

Environmental justice advocates note that communities of color face numerous health disparities and outsize exposure to pollution, because of the racist legacy of practices such as housing segregation and the siting of highways, industrial facilities and waste dumps. They’ve pushed state lawmakers to address those imbalances with investments in air quality monitoring, permitting safeguards, regulatory changes and funding to prepare for the effects of climate change.

Many of those policies, which have passed largely in Democratic-led states in recent years, target such efforts at communities with large minority populations or tribal membership, among other factors such as income and health disparities.