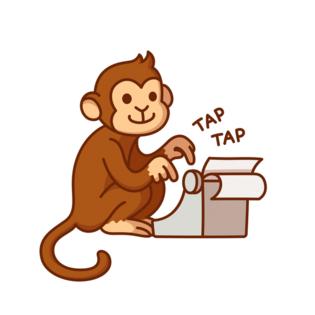 In February 1973, Dr. Bernard Beitman found himself hunched over a kitchen sink in an old Victorian house in San Francisco, choking uncontrollably. He wasn't eating or drinking so there was nothing to cough up, and yet for several minutes he couldn't catch his breath or swallow.

The next day his brother called to tell him that 3,000 miles away, in Wilmington, Delaware, their father had died. He had bled into his throat, choking on his own blood at the same time as Beitman's mysterious episode.

Overcome with awe and emotion, Beitman became fascinated with what he calls meaningful coincidences. After becoming a professor of psychology at the University of Missouri Columbia, he published several papers and two books on the subject and started a nonprofit, The Coincidence Project, to encourage people to share their coincidence stories.

"What I look for as a scientist and a spiritual seeker are the patterns that lead to meaningful coincidences," said Beitman, 80, from his home in Charlottesville, Virginia. "So many people are reporting this kind of experience. Understanding how it happens is part of the fun."

Researchers who study coincidences are divided over their significance. Some, like Beitman, believe they suggest a deeper connection between our minds and the material world than modern science can explain. Others see coincidences as pure mathematical probabilities akin to the "infinite monkey theorem" that states that a monkey hitting keys on a typewriter randomly for an infinite amount of time will eventually produce the works of Shakespeare. Unlikely perhaps, but not inexplicable.

Still, most coincidence scholars agree that noticing coincidences and interrogating them help us gain a greater appreciation of the way the world works.

Beitman defines a coincidence as "two events coming together with apparently no causal explanation." They can be life-changing, like his experience with his father, or comforting, such as when a loved one's favorite song comes on the radio just when you are missing them most.

The element of surprise is essential, said Mark Johansen, a psychology professor at Cardiff University in Wales. "When you experience a coincidence, you are surprised because there was an event that conflicts with your causal model of how the world works," he said. "There's a mismatch."

Although Beitman has long been fascinated by coincidences, it wasn't until the end of his academic career that he was able to study them in earnest. (Before then, his research primarily focused on the relationship between chest pain and panic disorder.)

He started by developing the Weird Coincidence Survey in 2006 to assess what types of coincidences are most commonly observed, what personality types are most correlated with noticing them and how most people explain them. About 3,000 people have completed the survey so far.