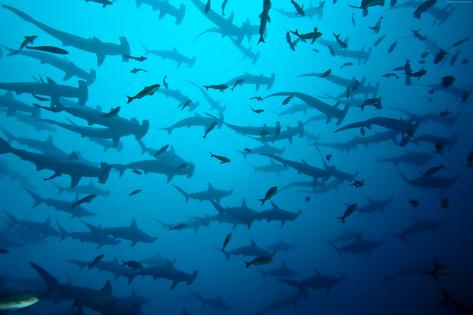 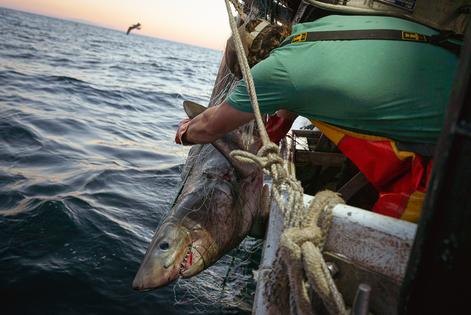 The Discovery Channel’s annual Shark Week is the longest-running cable television series in history, filling screens with sharky content every summer since 1988. It causes one of the largest temporary increases in U.S. viewers’ attention to any science or conservation topic.

It’s also the largest stage in marine biology, giving scientists who appear on it access to an audience of millions. Being featured by high-profile media outlets can help researchers attract attention and funding that can help super-charge their careers.

Unfortunately, Shark Week is also a missed opportunity. As scientists and conservationists have long argued, it is a major source of misinformation and nonsense about sharks, the scientists who study them, and how people can help protect endangered species from extinction.

I am a marine biologist who recently worked with five colleagues to scientifically analyze the content of Shark Week episodes. We tracked down copies of 202 episodes, watched them all and coded their content based on more than 15 variables, including locations, which experts were interviewed, which shark species were mentioned, what scientific research tools were used, whether the episodes mentioned shark conservation and how sharks were portrayed.

Even as longtime Shark Week critics, we were staggered by our findings. The episodes that we reviewed were full of incorrect information and provided a wildly misleading picture of the field of shark research. Some episodes glorified wildlife harassment, and many missed countless chances to teach a massive audience about shark conservation.

First, some facts. Sharks and their relatives, such as rays and skates, are among the most threatened vertebrate animals on Earth. About one-third of all known species are at risk of extinction, thanks mainly to overfishing.

Many policy solutions, such as setting fishing quotas, creating protected species lists and delineating no-fishing zones, are enacted nationally or internationally. But there also are countless situations in which increased public attention can help move the conservation needle. For instance, consumers can avoid buying seafood produced using unsustainable fishing methods that may accidentally catch sharks.

Conversely, focusing on the wrong problems does not lead to useful solutions. As one example, enacting a ban on shark fin sales in the U.S. would have little effect on global shark deaths, since the U.S. is only involved in about 1% of the global fin trade, and could undermine sustainable U.S. shark fisheries.

The Discovery Channel claims that by attracting massive audiences, Shark Week helps educate the public about shark conservation. But most of the shows we reviewed didn’t mention conservation at all, beyond vague statements that sharks need help, without describing the threats they face or how to address them.

Out of 202 episodes that we examined, just six contained any actionable tips. Half of those simply advised against eating shark fin soup, a traditional Asian delicacy. Demand for shark fin soup can contribute to the gruesome practice of “finning” – cutting fins off live sharks and throwing the mutilated fish overboard to die. But finning is not the biggest threat to sharks, and most U.S.-based Shark Week viewers don’t eat shark fin soup.