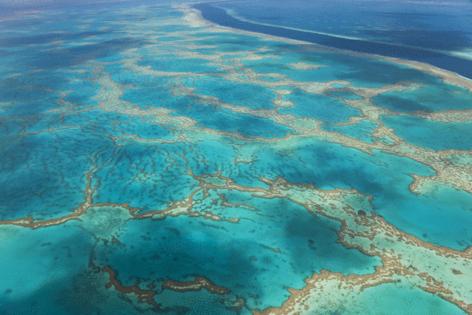 CANBERRA, Australia — Australia’s iconic Great Barrier Reef is once again at risk of being categorized as endangered, after the United Nations reported ongoing threats to the natural wonder including pollution and climate-fueled bleaching.

A monitoring mission sent to Queensland in March to study the dangers to the Great Barrier Reef found not enough had been done to improve water quality and recommended it be placed on the United Nations Educational, Scientific and Cultural Organization’s List of World Heritage in Danger. It made 10 high-priority recommendations, including a clear government commitment to limit global warming to 1.5 degrees Celsius, or 2.7 degrees Fahrenheit, above pre-industrial levels by year-end.

Australia has for years lobbied to keep the natural wonder off the list, and in July 2021 the U.N. body said it had decided to not add the landmark. The mission came before the Labor government came to power in May on a platform that sought to reverse the nation’s reputation as a global climate laggard, including a stronger emissions reduction target of a 43% cut by 2030 from 2005 levels.

“With the election of the new Labor Government, Australia has stepped up to play our part,” Environment Minister Tanya Plibersek said in a statement. “Since the Monitoring Mission undertook their work, the Government has engaged in constructive dialog with UNESCO, and taken a number of significant steps forward.”

The dangers to the Great Barrier Reef are increasing, with the ecosystem experiencing six mass bleaching events in close succession due to warmer ocean temperatures sparked by climate change. Repeated bleaching can leave the reef’s coral unable to recover from disastrous events and cause permanent, wide-scale damage.

The U.N. team’s high-priority recommendations for the reef also included measures to prevent damage from agriculture and fishing and supporting scientific research and funding to enable adaptation mechanisms.

“The Great Barrier Reef has been at the front line of climate change damage,” WWF Australia Head of Oceans Richard Leck said in a statement. “The love for our great Reef goes beyond Australian borders, and there are many eyes watching to see if the government are willing to do what it takes to save our icon.”