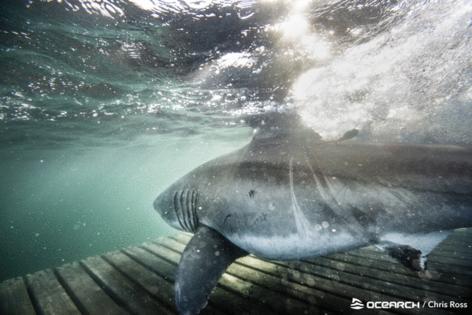 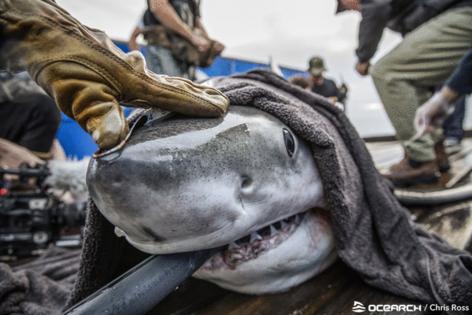 FORT LAUDERDALE, Fla. — It’s that time of year again: White sharks, just like snowbirds, have started heading south for the weather. They’re turning toward Florida’s waters after spending the summer off Cape Cod and Nova Scotia, hunting seals and tuna.

Several sharks have begun pinging off South Florida, as part of a tagging study by nonprofit marine research foundation Ocearch. The tags, which last for up to five years, ping when the shark surfaces, sending location data to researchers.

Freya, a female who was 11 feet 8 inch long and 883 pounds when she was tagged off the Carolinas in March 2021, pinged a few miles off Hobe Sound last week.

Where she’ll go next is anyone’s guess, but research, and her previous behavior, indicate that she could be around for a few months.

Ocearch first captured and tagged Freya off Wilmington, N.C., in March 2021. Last year, she spent the summer hovering around Cape Cod and Nantucket, where white sharks are known to kill and eat gray seals, then moved up to the Gulf of Maine for late summer, and spent the fall of 2021 migrating south, eventually reaching Florida.

Last year at this time she was a few miles off Miami, then headed down to the Keys, where she lurked in the Gulf Stream. By February, she was back up in the Carolinas, where she spent the spring close to shore off Pamlico Sound, a lagoon in the Outer Banks.

Like many of the other larger sharks Ocerach has tracked, she then spent summer 2022 farther north, pinging all the way up into the Strait of Cabot, between Nova Scotia and Newfoundland.

Though not all white sharks follow the same path, Florida seems to be popular.

Some white sharks round the peninsula and head into the Gulf of Mexico.