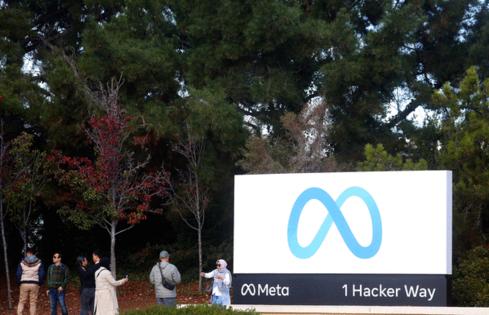 When Ryan Stevens joined Meta Platforms Inc. as a product operations manager for WhatsApp in August of 2021, he was enticed by the opportunity to help shape a messaging app used daily by 2 billion people.

He also figured tending to a service that touches so many people would translate to a degree of job security. That belief shattered when Stevens awoke around 3 a.m. earlier this month to an email from Meta management, informing employees that layoffs were coming. After tossing and turning, Stevens, 39, received another missive at around 6 a.m.: He was one of more than 11,000 workers who had lost their jobs.

“I’m not excited to be part of such a large, immediate pool of laid-off people who are all looking for tech roles at the same time,” said Stevens, who lives in San Jose, California, with his wife and young child. “That gives me a lot of anxiety.” He believes the industry is in the midst of a cyclical reset and is open to focusing on something “a little smaller” until things pick up again.

After years of exuberant growth and hiring, layoffs have burst the bubble of Silicon Valley inviolability. As of Nov. 15, tech companies had announced 31,200 job cuts so far this month, according to Challenger, Gray & Christmas Inc. The human-resources consulting firm says that’s the highest monthly total since September 2015, when a restructuring Hewlett-Packard said it would slash thousands of positions. Meta, Twitter Inc. and Amazon.com Inc. have all slashed their ranks, or said cuts are coming. On Tuesday, as this story was being prepared for publication, HP said it planned to cut as many as 6,000 positions over the next three years.

While tech workers lost their jobs during the early days of the pandemic, the subsequent boom benefited the industry. This time workers are bracing for a more enduring downturn. The accelerating layoffs have rattled a cohort who only months ago felt safe job-hopping in pursuit of better salaries and benefits. Now those who’ve been let go are anxious about re-entering a job market flooded with other recently terminated candidates even as the tech giants slow or freeze recruitment.

“People are going to hire through this, but it’s not going to be quite as much as a candidate market as it was in 2021,” said Peter Walker, head of insights at Carta, a platform that manages equity for startups.

Unlike the dot-com bust of the early 2000s, when many nascent startups collapsed, this downturn has prompted now-mature firms to tighten their belts. When Meta slashed jobs earlier this month, the first major round of layoffs in its history, the company didn’t consult managers about which employees would be let go and left the decisions to the highest-levels of leadership, according to an internal memo. As a result, the company lost some top talent, including people who had been recently promoted and had received stellar performance reviews, according to one recently terminated employee.

Despite the chaotic nature of the layoffs, the worker said he thinks Meta is still not as lean as it needs to be. “If I had to make a bet,” he said, “I think there’s more pain to come.” The company declined to comment.

The job cuts have left some workers struggling to identify safe ground. After joining Meta in January, Zoha Pajouhi, a machine-learning engineer, had a choice between working on the company’s efforts in augmented reality and virtual reality, a top priority for Chief Executive Officer Mark Zuckerberg, and working on recommendation algorithms for the Facebook app. She chose the latter, figuring the company would be unlikely to make cuts to its core business if times got hard. After losing her job earlier this month, Pajouhi, who lives in Kirkland, Washington, is second-guessing her decision.

As she ramps up her job search, she’s detecting a chill in the market. An engineer in a coveted field, she’d grown accustomed to regular approaches from recruiters. Since losing her job, she’s written recruiters who reached out to her previously, but they’ve been slow to respond. Those who have written back say they have few positions available.