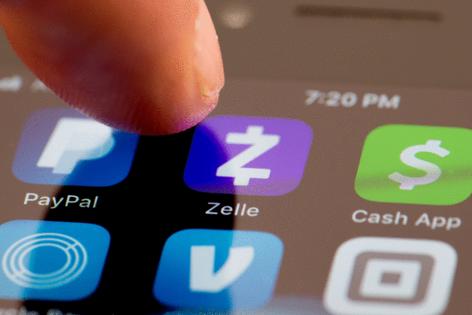 Money transfer apps are a convenient way to send and receive money, but scammers can use them to steal your funds.

Bank of America customers earlier this month filed a class-action lawsuit against the bank claiming its use of Zelle comes with a high risk of fraud, The Charlotte Observer reported.

In October, U.S. Sen. Elizabeth Warren released a report that found there were more than 190,000 cases of scams reported from January 2021-June 2022 among four of the banks that partly own Zelle.

Data also show that people have fallen victim to scams on other money transfer apps.

According to a recent Pew Research Center survey, 13% of people who used Paypal, Zelle, Venmo or Cash App said they have sent money to someone and later realized it was a scam. Another 11% reported their accounts had been hacked.

While it’s easy to mistype a username and send money to the wrong person, someone who sends you a payment by mistake could be trying to deceive you.

According to the Better Business Bureau, scammers connect stolen credit cards to their digital wallets and use them to transfer money. Once you send money back to the scammer, they will delete the stolen credit card and add their personal information, ensuring the funds will be deposited into their account.

Here are some other common scams to look out for, according to the BBB:

—Canceled payments: Since some money transfer apps take days to process a transaction, some scammers will cancel them before they go through.