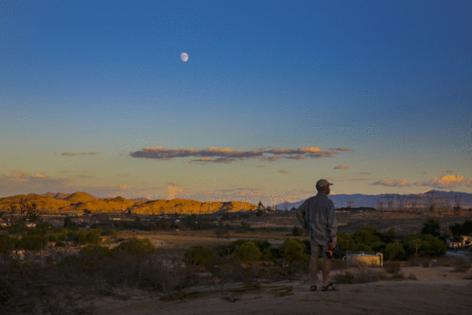 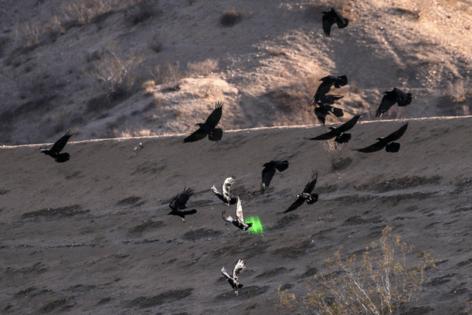 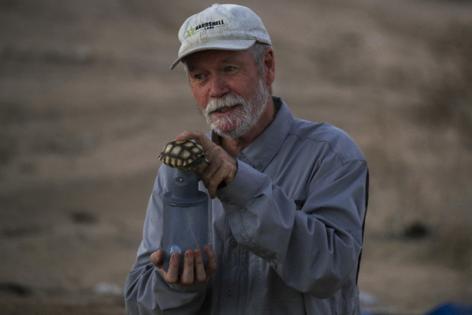 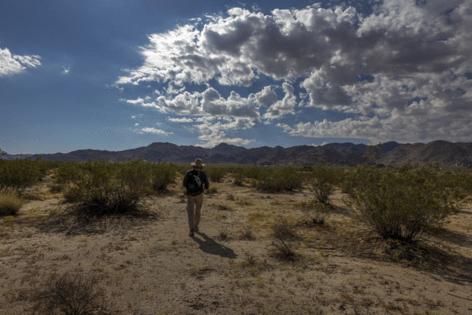 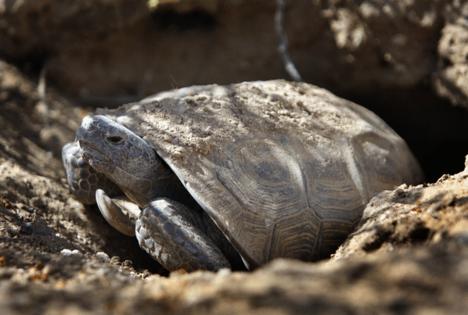 CALIFORNIA CITY, Calif. — Behind the fences surrounding this 40-square-mile outback of cactus and wiry creosote, the largest remaining population of Mojave desert tortoises was soaking up the morning sun and grazing on a mix of wild greens and flowers.

But that didn’t mean the armored beasts were easy to find in a tiny spit of sand that Congress voted to protect in 1980 and designated with a name only herpetologists could love: Desert Tortoise Research Natural Area.

After a few hours of searching in late September, naturalist Lisa LaVelle tramped down a narrow path — past thorny brush that hid rattlesnakes and scorpions — and fixed her eyes on a tortoise the size of a shoebox.

She scanned its carapace for a GPS tracker or an identification tag. After spotting neither, she smiled and said, “Well, hello there! I don’t believe we’ve met before.”

LaVelle, who is part of a team charged with monitoring the overall health of the area’s tortoises, was elated by the discovery. “We have one more tortoise than we thought we had,” she said. “That’s great news for us and a species that needs all the help it can get.”

Eight decades ago, the vast Mojave Desert was home to hundreds of tortoises per square mile, with tortoises inhabiting nearly all areas of the desert below an altitude of 3,000 feet. Today, most tortoise populations in California and outside designated recovery areas have fallen to two to three adults per square mile — too few for male and female tortoises to find each other and mate, researchers say.

It’s the type of precipitous decline that spurred state lawmakers to adopt the California Endangered Species Act in 1970. The landmark legislation — which grants broad protections to plant and animal species that are deemed endangered or threatened by the state Fish and Game Commission — predated the U.S. Endangered Species Act by three years.

“Over time, the California Endangered Species Act evolved parallel to and in a symbiotic relationship with the federal government’s,” said Brendan Cummings, conservation director for the Center for Biological Diversity. “They influenced each other in changes in substance and implementation of endangered species protections.”

While both laws have been credited with helping to rescue such charismatic avian species as the California condor, bald eagle and peregrine falcon, global warming and human encroachment are outpacing the laws’ ability to safeguard certain plants and animals.