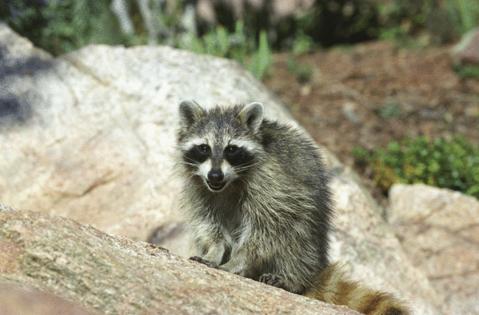 Researchers trapped and tagged 204 wild raccoons in Laramie, Wyoming, between August 2015 and September 2019, according to a study published in the Journal of Experimental Biology.

As they tagged the raccoons, researchers noted their personality traits: Was the raccoon bolder and aggressive? Or calmer and more shy?

Then researchers set the stage: They placed a number of boxes in the area equipped with a two-button device. If raccoons pushed the correct button, the box dispensed food for them. After awhile, the ”correct” button and the wrong button were flipped, according to the study.

The more docile raccoons – those that were “shy, less aggressive and less active” – showed greater flexibility in learning from the treat box, researchers said.

Younger raccoons showed a similar tendency, but researchers said the study included too small a group of young raccoons to make strong conclusions.

Researchers warned that attempts to deter raccoons from mischief by killing bolder raccoons may have the opposite effect. This strategy likely leaves calmer raccoons to mate and pass on their higher human-avoidance skills alongside their banditry skills.

Laramie is about 50 miles northwest of Cheyenne.

Are coincidences just random acts, or the work of fate or God? You be the judge for these five extraordinary coincidences.

John Adams and Thomas Jefferson, the second and third presidents of the United States,...Read More

Microsoft Corp. is ready to fight for its $69 billion acquisition of gaming company Activision Blizzard Inc. if the US Federal Trade Commission files a lawsuit seeking to block the deal, according to a person familiar with...Read More

A biodiversity crisis is reducing the variety of life on Earth. Under pressure from land and water pollution, development, overhunting, poaching, climate change and species invasions, approximately 1 million plant and ...Read More

Apple Inc. is ramping up work on a mixed-reality headset, its first major new product category since the Apple Watch, and has renamed the accompanying software in the latest sign of an approaching debut.