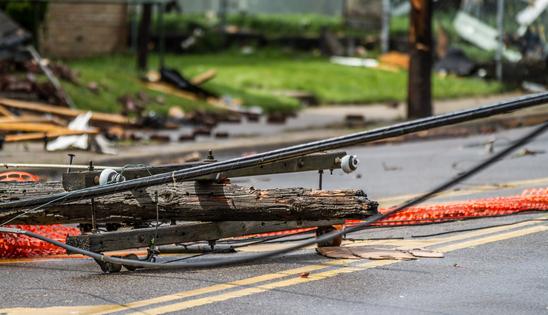 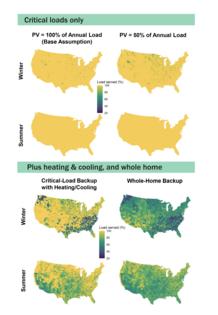 Hurricane Ian’s catastrophic winds and flooding are likely to bring long-lasting power outages to large parts of Florida. The storm is the latest in a line of hurricanes and extreme heat and cold events that have knocked out power to millions of Americans in recent years for days at a time.

In many disaster- and outage-prone areas, people are starting to ask whether investing in rooftop solar and battery storage systems can keep the lights on and the air conditioner running when the power grid can’t.

When the grid goes down, most solar systems that lack a battery will also shut down. But with batteries, a home can disconnect from the grid. Each day, the sun powers the home and charges up the batteries, which provide power through the night.

Our team at Berkeley Lab explored what it would take for homes and commercial buildings to ride out long power outages, of three days or more, with solar and batteries.

For a new report, we modeled a generic power outage for every county in the U.S., testing whether a rooftop solar system combined with a 10- or 30-kilowatt-hour battery could power critical loads, like refrigeration, lighting, internet service and well pumps; if it could go further and also power heating and air conditioning; or if it could even power a whole home.

To put that into perspective, the most popular battery on the market, the Tesla Powerwall, has just over 13 kWh of storage.

In general, we found that even a modest system of solar plus one battery can power critical loads in a home for days at a time, practically anywhere in the country.

But our maps show that providing backup for cooling and heat can be a challenge, though not an insurmountable one. Homes in the Southeast and Pacific Northwest often have power-hogging electric resistance heaters, exceeding the capability of solar and storage during winter outages. Homes with efficient heat pumps performed better. Summer air conditioning load can be heavy in the Southwest, making it harder to meet all cooling needs with solar and storage in a summer blackout.

Larger solar and battery systems can help, but meeting demand during outages still depends on the weather, how energy efficient the home is and other factors. For example, simple thermostat adjustments during power outages reduce heating and cooling needs and allow solar with storage to maintain backup power over longer periods.

The ability to power commercial buildings varies widely, depending on the building type. Schools and big-box retail stores, with sufficient roof space for solar relative to building power demand, fare much better than multistory, energy-intensive buildings like hospitals.