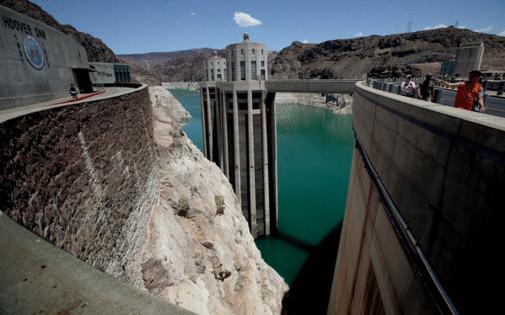 LOS ANGELES — Two months ago, federal officials took the unprecedented step of telling the seven states that depend on Colorado River water to prepare for emergency cuts next year to prevent reservoirs from dropping to dangerously low levels.

The states and managers of affected water agencies were told to come up with plans to reduce water use drastically, by 2 million to 4 million acre-feet, by mid-August. After weeks of negotiations, which some participants say have at times grown tense and acrimonious, the parties have yet to reach an agreement.

The absence of a deal now raises the risk that the Colorado River crisis — brought on by chronic overuse and the West’s drying climate — could spiral into a legal morass.

Interior Department officials have warned they are prepared to impose cuts if necessary to protect reservoir levels. Managers of water agencies say they have been discussing proposals and will continue to negotiate in hopes of securing enough reductions to meet the Biden administration’s demands, which would mean decreasing the total amount of water diverted by roughly 15% to 30%.

But some observers worry the talks could fail, saying they see growing potential for federal intervention, lawsuits and court battles.

“There are a lot of different interests at loggerheads. And there’s a lot to overcome, and there’s a lot of animosity,” said Kyle Roerink, executive director of the Great Basin Water Network.

The latest round of closed-door talks occurred Thursday in Denver. Participants said they wouldn’t publicly discuss the offers of water reductions made so far, but they acknowledged those offers have amounted to far less than 2 million acre-feet. For comparison, the total annual water use of Los Angeles is nearly 500,000 acre-feet.

Those involved in the negotiations say there have been difficult discussions among the states, and among urban and agricultural water districts. There have also been growing tensions between the states of the river’s Lower Basin — California, Arizona and Nevada — and those of the Upper Basin — Colorado, Wyoming, New Mexico and Utah.

Roerink said that if the regional tensions and dividing lines continue and deepen alongside more dry winters, the Colorado River Basin seems headed for conflicts.

“It’s going to be a mess,” Roerink said. “I don’t see how we ever get over some of what I believe are irreconcilable differences among the states.”