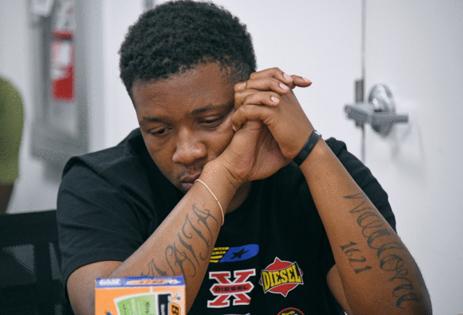 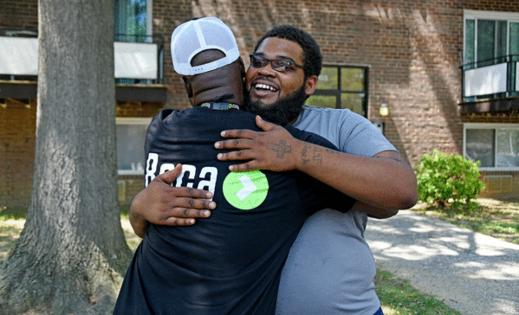 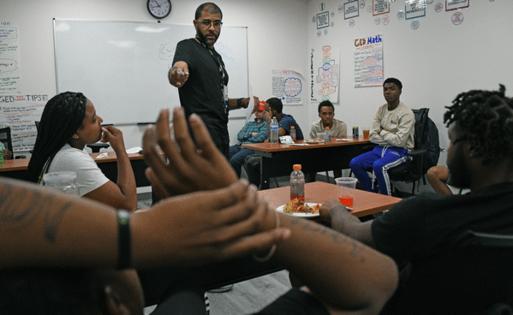 BALTIMORE -- Raynold Smith beefed with another man for months and when they crossed paths in March 2021, both were armed.

The reason Smith didn’t pull the trigger? In a split-second moment, when life and death hung in the balance, he glimpsed a child’s car seat and suddenly realized everything his enemy stood to lose. Almost immediately, Smith felt a bullet rip through his leg, narrowly missing a major artery and immobilizing him for weeks.

That was the second time Smith, 26, of Baltimore, had been shot; a 2019 shooting left him with graze wounds. He knew something had to change.

Over the next several months, he found what he needed at Roca, a nonprofit anti-violence program in Baltimore. In addition to job training and life skills classes, the program helps teens and young men recover from trauma and forge a new path — by rewiring their brains.

For that, Roca uses what it calls cognitive behavioral therapy, which focuses on examining the relationship of thoughts, emotions and actions. The theory is relatively simple, but the results can be profound, according to program staff and participants.

Could expanding the use of CBT among vulnerable youth help decrease gun violence and create healthier, more resilient communities? Experts and officials are optimistic, and the Maryland Department of Juvenile Services, in partnership with Roca, plans to find out.

Earlier this year, department leaders announced that 300 staff members — including many who work with the roughly 1,000 young people on either juvenile probation or post-release supervision — would receive training from Roca on adolescent brain science, the psychology of trauma and CBT.

A nearly $1 million federal grant will pay for the training, which comes amid a widespread push for juvenile justice reform. The General Assembly passed a series of bills this year with that goal, including eliminating youth confinement for most first-time misdemeanors, setting minimum age requirements for criminal charges and limiting the length of juvenile probation terms.

“Baltimore has a lot of hurt and pain,” said Ronnetta Alexander, a juvenile services case manager supervisor who recently completed the training. “This better prepares us to go in and assist these families. It opens the door to show them there really is a different choice.”

Smith’s split-second decision foreshadowed the skills he’s since solidified. He thought about the potential consequences — a child caught in the crossfire — and didn’t shoot. Now, he understands it in the context of one of CBT’s tenets: “Act on your values.”