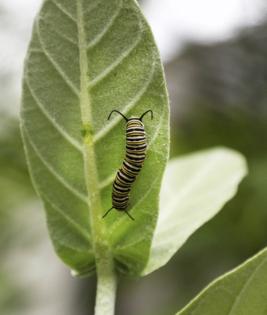 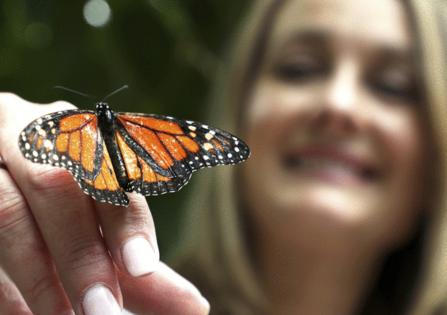 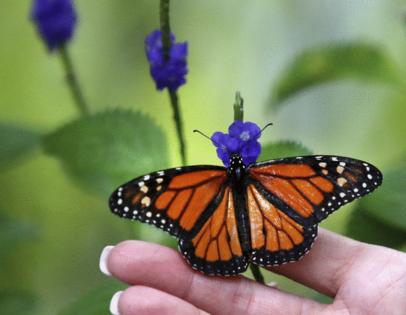 Jackie Minett is a tour guide at Butterfly World in Coconut Creek, Florida, dubbed the “butterfly capital of the world.” She leads children and seniors, some tourists, some Floridians, around the gardens to gawk at butterflies: zebra longwings, emperor butterflies, and, most recognizable of all, monarchs.

South Florida’s monarch population is one of the few known non-migratory populations in North America. Minett jokes that’s because “they have it so good” and “it’s like people retiring in Florida.”

But when the International Union for Conservation of Nature listed the migrating monarch butterfly as endangered in late July, South Floridians like Minett began to wonder what that meant for the region’s more settled subspecies.

A safety net in South Florida

Minett contends that Butterfly World has been especially busy the past few weeks. Customers flock in with questions about the monarchs: “We heard it made the endangered list,” “Where can I buy milkweed,” and “What can I do to help?”

Part of the misconception behind the International Union for Conservation of Nature’s endangerment listing is that it applies to all monarch butterflies. The listing applies to only migratory monarchs, a subspecies of the butterfly that doesn’t include South Florida’s native non-migratory population.

“The Florida population is kind of an unusual beast in that there’s three different things happening down in South Florida,” said Jaret Daniels, an insect conservation biologist who is curator at the Florida Museum of Natural History’s McGuire Center for Lepidopteran Biodiversity.

Apart from the non-migratory subspecies, there are migratory monarchs that treat Florida as an annual rest stop on their way back from Mexico and those that use Florida as a winter breeding location.

“So it’s kind of a muddied mess of different types of behaviors and population dynamics,” Daniels said.