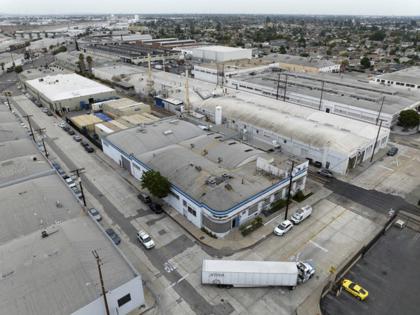 LOS ANGELES — Southern California air regulators are investigating several facilities that sterilize medical equipment with a carcinogenic gas after preliminary monitoring confirmed their emissions may pose an elevated cancer risk to people who work nearby.

“Ethylene oxide is an exceptionally good compound at sterilizing these kinds of equipment,” said Dr. Cyrus Rangan, director of the Bureau of Toxicology and Environmental Assessment at the Los Angeles County Department of Public Health. “The downside of it is that ethylene oxide is also a pretty powerful chemical. It’s got some carcinogenic properties. It’s one of a handful of chemicals where there’s pretty good evidence of a link to human cancer with prolonged exposure.”

The violation notices were issued to Parter Medical Products, in Carson, and two facilities run by Sterigenics in Vernon and Ontario.

The actions come as the U.S. Environmental Protection Agency reevaluates the potential toxicity and regulation of ethylene oxide, which epidemiological studies say is a much more potent carcinogen than once thought. The agency describes the chemical as a known carcinogen that increases the long-term risk of developing leukemia, lymphoma and breast cancer when inhaled over a period of years.

In response to the EPA’s growing concern with ethylene oxide, Southern California air regulators have stepped up their monitoring of sterilizing facilities as well. They are also considering amending their rules for sterilizers, including mandates for additional pollution control measures and fence-line monitoring.

The recent notices of violation were issued after testing revealed that concentrations of EtO were many times higher than the state’s “significant” cancer risk threshold for people who work near these sites. The California Division of Occupational Safety and Health, or Cal/OSHA, is also investigating possible workplace health risks within the Vernon facility, which sterilizes more than 45 million essential medical devices and other items every year.

So far, preliminary monitoring has determined the concentrations are much lower farther away from the Sterigenics facilities and do not appear to pose an elevated risk to residential areas or schools in Vernon or Ontario. However, the air district is in the process of expanding monitoring in Carson to establish if there may be exposure outside of the Parter sterilizing facility, which is about 700 feet from the nearest homes and 2,000 feet from an elementary school.

In a prepared statement, Sterigenics said it was “confident in the continued safety of our employees and the surrounding communities near our Vernon and Ontario facilities. Sterigenics has been fully cooperating with SCAQMD and has addressed the alleged SCAQMD violations at each facility.”

Parter has not yet responded to multiple requests for comment.

Newly exposed rock at Lake Mead has revealed that the Las Vegas Valley could be impacted by volcanic ash from neighboring states.

Hurricane Ian’s catastrophic winds and flooding are likely to bring long-lasting power outages to large parts of Florida. The storm is the latest in a line of hurricanes and extreme heat and cold events that have ...Read More

The ability to move is an essential part of daily life. The locomotor, or musculoskeletal, system of the body consists of muscles, bones, tendons, ligaments, joints, cartilage and other connective tissue. Loss of motor ...Read More