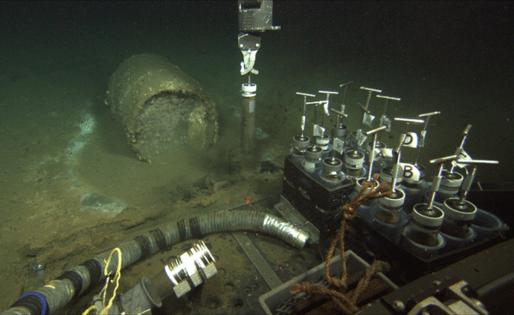 LOS ANGELES — After an exhaustive historical investigation into the barrels of DDT waste reportedly dumped decades ago near Catalina Island, federal regulators concluded that the toxic pollution in the deep ocean could be far worse — and far more sweeping — than what scientists anticipated.

In internal memos made public recently, officials from the U.S. Environmental Protection Agency determined that acid waste from the nation’s largest manufacturer of DDT — a pesticide so powerful it poisoned birds and fish — had not been contained in hundreds of thousands of sealed barrels.

Most of the waste, according to newly unearthed information, had been poured directly into the ocean from massive tank barges.

Although shipping records noted the number of discarded barrels, regulators say the word “barrel” appeared to refer to a unit of volume, rather than a physical barrel. Further review of old records revealed that other chemicals — as well as millions of tons of oil drilling waste — had also been dumped decades ago in more than a dozen areas off the Southern California coast.

“That’s pretty jaw-dropping in terms of the volumes and quantities of various contaminants that were dispersed in the ocean,” said John Chesnutt, a Superfund section manager who has been leading the EPA’s technical team on the investigation. “This also begs the question: So what’s in the barrels? … There’s still so much we don’t know.”

These revelations build on much-needed research into DDT’s toxic — and insidious — legacy in California. As many as half a million barrels of DDT waste have not been accounted for in the deep ocean, according to old reports and a UC Santa Barbara study that provided the first real glimpse into how the Los Angeles coast became a chemical dumping ground.

Public calls for action have intensified since the Los Angeles Times reported that dichlorodiphenyltrichloroethane, banned in 1972, is still haunting the marine environment today. California sea lions, critically endangered condors, as well as multiple generations of women continue to be affected by this pesticide in mysterious ways. Numerous federal, state and local agencies have since joined with scientists and environmental nonprofits to figure out what’s going on 3,000 feet underwater.

A team led by the Scripps Institution of Oceanography jumped into action last year and started mapping the dumpsite with advanced technology. Other expeditions helped pull deep-sea sediment samples, and dozens of researchers have convened to discuss how to fill the most critical data gaps. Congress, at the urging of Sen. Dianne Feinstein, D-Calif., has allocated $5.6 million to work on the issue. Gov. Gavin Newsom, in his finalized budget, just matched the federal funding with another $5.6 million.

The scope of the pollution has turned out to be startling. In the process of trying to figure out how much DDT was dumped into the deep ocean, regulators discovered that from the 1930s to the early 1970s, 13 other areas off the Southern California coast had also been approved for dumping of military explosives, radioactive waste, and various chemical and refinery byproducts — including 3 million metric tons of petroleum waste.

Very little is known about these deep-water disposals beyond a grainy map from a 1973 technical report that labeled each dumpsite with a tiny dot or square.

The City Council voted unanimously this week to approve a ...Read More