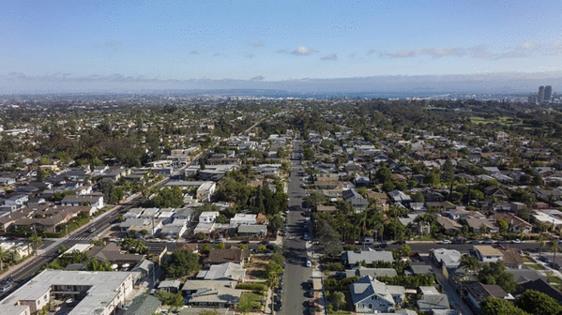 The City Council voted unanimously this week to approve a dramatically overhauled climate action plan that calls for banning the fossil fuel in new construction while also electrifying nearly all existing buildings over the next 12 years.

Dozens of cities across California have restricted installation of gas stoves and heaters in new construction, including Encinitas. However, retrofitting entire neighborhoods would be a massive undertaking for which there is little precedent.

The new climate blueprint, authored by Mayor Todd Gloria and his team, calls for drafting a new building ordinance as early as next year. Details on electrifying existing homes, office towers and other structures have yet to be hammered out.

“The window to reverse the dangerous trends of climate change is rapidly closing, and this moment demands aggressive action,” said Gloria at Tuesday’s public hearing. “Implementing this more ambitious plan won’t be easy, but the financial cost and human consequences of inaction are almost unimaginable.”

Targeting local sources of natural gas represents a sharp departure from the previous iteration of the plan, which relied more heavily on state and federal programs to curb city emissions.

In fact, phasing out natural gas from existing buildings, including all those owned by the city, represents nearly 40 percent of all greenhouse-gas reductions in the plan by 2035, according to city documents. Under the previous plan, drafted in 2015 by then-Mayor Kevin Faulconer, strategies to green-up buildings represented less than 2 percent of total cuts.

“There’s one action within this … that outweighs every other strategy, and that is the measure to phase out 90 percent of natural gas from existing buildings,” Jordan More, fiscal and policy analyst at the city’s Office of the Independent Budget Analyst, said at the public meeting.

“We will meet our targets,” he said ahead of Tuesday’s vote. “I commit to working closely with the mayor’s office on the timelines.”

MINNEAPOLIS — Don Wyse's field of winter barley used to be mostly empty in the spring.

Eight years ago, just a tenth of the grain would survive the winter in this experimental field in St. Paul. But this year, after ...Read More

If you’re a pool owner and want to vacuum it yourself, there’s no need to read on. Otherwise, for owners who want a pool cleaned with a cordless, robotic pool cleaner, the hassle-free Aiper Seagull 600 is a must-have...Read More