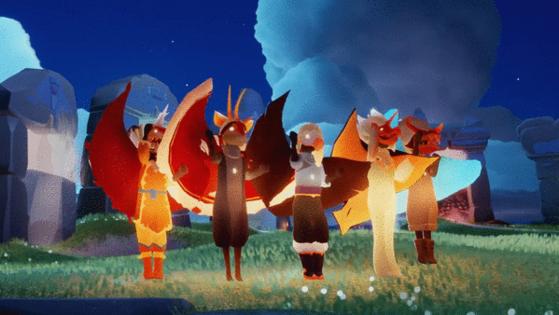 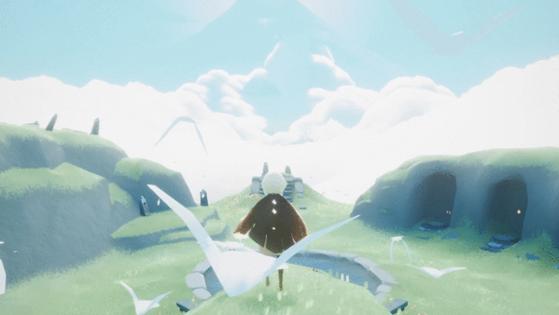 It was three years ago that thatgamecompany released "Sky: Children of the Light." And instantly, it was a different kind of mobile game. From "Fortnite" to "Hearthstone" to "Kingdom Rush," most mobile games (actually, video games in general) are about victory.

"Sky: Children of the Light" wasn’t like that. With "Sky," thatgamecompany aimed to create a living, breathing world on mobile, pushing to make gamers feel and interact. It was (and remains) a game that values its community – and not just for kill counts or multiplayer victories. Much like previous thatgamecompany titles "Journey" and "Flow," "Sky" is a game about discovery and exploration, a tranquil game that immerses you in its world. Impressively, it does this with a simple control scheme that translates on mobile, yet also thrives on Nintendo Switch (where the game recently released), and manages to captivate across platforms.

Three years later, the title is continuing to give back to its community at every turn. And in an effort to give its burgeoning game community something uniquely special, "Sky" is in the midst of a third anniversary celebration that’s filled with in-game fun. The highlight of this is the Season of Shattering. Video games frequently deliver new “seasons” to invigorate gaming communities, but Season of Shattering dares to reinvent the action in new ways, transforming the game world and toying with new storytelling formats. There are also a host of birthday-themed unlockables, everything from balloon props to birthday flags.

“We always want to bring something fresh and different for the players,” says Atlas Chen, 'Sky'’s lead game designer. “In Season of Shattering we are revealing some story elements that we never told anywhere else in 'Sky' before.”

Chen likens this latest "Sky" experience to what you’d find in a museum, calling it “artistic” and “abstract” storytelling. And coming from a company that’s long pioneered unique game storytelling, that’s saying something. It was 10 years ago, after all, that thatgamecompany first burst onto the scene in the PlayStation 3 era with "Journey," another abstract title that saw gamers explore a vast and unexplained world.

"Journey," however, was part of an era filled with more self-contained games, an era when game updates were still rare and multiplayer games had their moments. But even then, thatgamecompany was experimenting with cooperative gameplay, essentially letting you wander the "Journey" world and potentially run into a partner, somebody you didn’t know, to help you along the way. It was an award-winning title that pushed the bounds of gaming creativity.

But "Journey" was also static. The always-changing world of mobile games has offered the thatgamecompany team new freedom to be creative and create a different sense of community.

“Developing 'Journey' as a premium release is like a sprint,” says co-founder and creative director of thatgamecompany Jeonva Chen. “'Sky' as a live operating game is like a marathon.”

That’s because there are no month-long breaks in building and maintaining a mobile game. To stay in the mobile race, mobile game titles constantly release updates and new seasons and new areas, continually feeding their audiences. “'Sky' has 12 releases a year,” says Jenova Chen, referring to the various updates and tweaks to its seasons. “We learned to pace ourselves so we don’t get burnt out.”

They’ve also been able to experiment with multiplayer and community even more. And sure, other games have community, but few dare to treat their communities to as much creativity as thatgamecompany does. To that end, the developer’s been collecting anecdotes from players on their experiences throughout 'Sky'’s existence. And this month, they delivered a website devoted to sharing those stories. “We hope players see these things, as well as our other initiatives,” says head of community Robert Wing, “and feel how thankful we are for them and all their support.”

That’s partly why, last month, thatgamecompany held its first Sky Assembly. The Long Beach, California event let players who had connected within the game world connect in person to play "Sky," listen to live music from the game, and take on "Sky" trivia. Impressively, it was attended by 250 gamers. “It was one of the most memorable moments I’ve had working in the games industry,” says Wing. “The hope is that between us and them we build a network of welcoming, wholesome events that create opportunities for players to celebrate their shared passion for 'Sky' and build relationships that make their lives happier.”

It’s a satisfying and refreshing take on gaming from that rare mobile game that isn’t a cash grab at all. "Sky: Children of the Light" is all about community. And three years after its release, it still works just fine.

Imagine a future where, despite efforts to reduce greenhouse gas emissions quickly, parts of the world have become unbearably hot. Some governments might decide to “geoengineer” the planet by spraying substances ...Read More

In a world first, NASA has crashed a spacecraft into an asteroid in an attempt to push the rocky traveler off its trajectory. The Double Asteroid Redirection Test – or DART – is meant to test one potential approach ...Read More

Major League Baseball has been trying something new in recent seasons: instant replay for umpire calls. After replay review, some erroneous calls on the field can be overturned. Baseball in its own fashion is ...Read More

A nationally representative survey of 8,027 Americans shows that across all racial demographics, overall interest in purchasing electric vehicles is high. Among those surveyed, 33% of white respondents, 38% of Black ...Read More

As Hurricane Ian intensifies on its way toward the Florida coast, hurricane hunters are in the sky doing something almost unimaginable: flying through the center of the storm. With each pass, the scientists aboard these...Read More

A new study might finally get the attention of industrial leaders and others who have shrugged off the threat of human-caused climate change. It finds that more than half a million privately owned parcels of coastal ...Read More