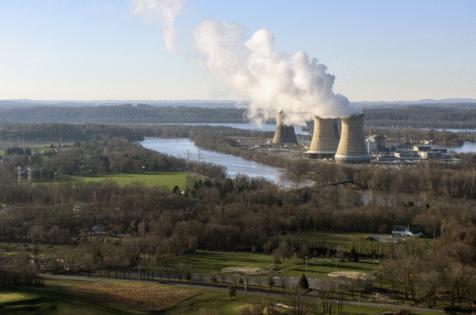 Pennsylvania's coal and natural gas-fired power plants will pay for each ton of carbon dioxide they release as of July 1 as a Wolf administration rule to rein in climate warming pollution from power plants started tracking and capping emissions.

The U.S. Supreme Court's ruling shifted attention to state and local climate action, which is unaffected by the high court decision because it is authorized under state laws and constitutions.

In Pennsylvania, the Supreme Court ruling raised the stakes for the new carbon cap-and-trade rule, which is being challenged in the state's Commonwealth Court by Republican legislators as well as coal-fired power plants and unions representing their workers.

The judge in the state case has indicated he will rule soon on whether to grant petitions to temporarily block the regulation while the Commonwealth Court considers the full case.

The Republican-led General Assembly has tried several times to derail or diminish the rule, and it has been discussed during bargaining over the state's now overdue budget.

The rule written by the state Department of Environmental Protection makes Pennsylvania the nation's largest electricity producer to put a price and gradually declining cap on carbon emissions from its power plants. It also links Pennsylvania with 11 other states in the Regional Greenhouse Gas Initiative, or RGGI, which runs a shared market for the allowances that the plants must buy for their emissions.

"Pennsylvania's authority to curb greenhouse gas emissions has not changed," Mr. Wolf, a Democrat, tweeted on Thursday. "Nor has my commitment to making our commonwealth a leader in the fight against climate change. As long as I'm governor, Pennsylvania will address this crisis."

Robert Routh, an attorney for the Clean Air Council, a statewide environmental group, said the Supreme Court decision "does not have any effect on the RGGI regulation, Pennsylvania DEP's authority, Pennsylvania law whatsoever and should not bear on the pending request still before the Commonwealth Court to enjoin the RGGI regulation." But he said it does make it more important for states and communities with the authority to limit the causes and effects of climate change to do so.

"We need climate leadership on the state level and RGGI can absolutely deliver that in Pennsylvania," he said.