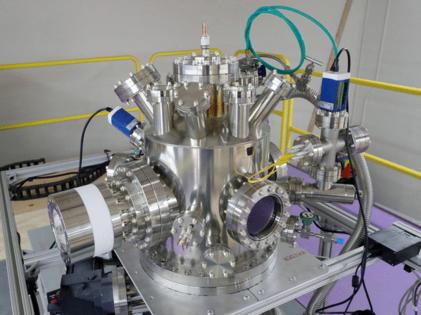 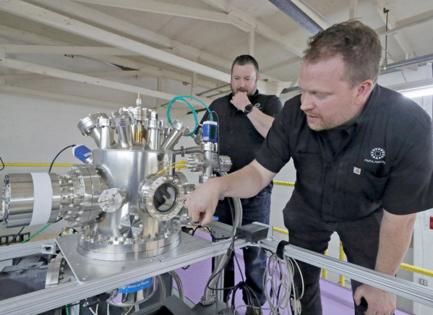 The phrase "nuclear energy" conjures images of large steaming towers or Tony Stark's arc reactor from the iconic "Iron Man" movies. But two Seattle-based startups are designing nuclear technologies small enough to pick up and carry that, thanks in part to buy-in from the Defense Department, they hope will fuel a new generation of spaceships.

Avalanche is pushing the boundaries of nuclear fusion while Ultra Safe aims to revolutionize nuclear radioisotope batteries, like those that power Mars rovers. Both companies are expected to deliver functional prototype spacecraft to the Pentagon by 2027.

"Nuclear is an interesting area because traditionally that's been mainly in the realm of government," said U.S. Air Force Maj. Ryan Weed, the program manager for the Defense Innovation Unit's nuclear propulsion and power program. The unit — the Pentagon's outpost in Silicon Valley — works exclusively with private sector companies to adapt emerging technologies for military use.

After six decades of materials science research, nuclear fuels are relatively safe and are being embraced in the private sector. The climate crisis has also shifted public opinion toward accepting nuclear as a viable replacement for fossil fuels. Massive advances in computer modeling have made commercial development of nuclear power more feasible, said Chris Hansen, a fusion researcher who leads a lab at the University of Washington.

Washington state has a relationship with nuclear research dating back to the World War II-era Hanford site, which produced most of the plutonium for the U.S. Setting aside its morally complex history, Hanford undeniably fostered a "culture of nuclear expertise" in the state, said Scott Montgomery, a lecturer at the University of Washington's Jackson School of International Studies.

Today, the state is a hub for commercial nuclear startups, particularly companies trying to crack small-scale nuclear fusion. Unlike fission, which generates energy by breaking down heavy radioactive metals like uranium, fusion occurs when two smaller atomic nuclei collide to form the bigger nucleus of a different element, releasing energy in the process.

"The Velcro acts over a very short distance, but if you were able to get them close enough, and the Velcro was strong, they would stick," Riordan said.

It's hard to achieve fusion because, like the Velcro-covered magnets, the positively charged ions naturally repel each other. It's even harder to package it in a small container. Case in point — more than 35 countries have spent years, and billions of dollars, constructing the Iter Tokamak reactor in southern France. The machine won't turn on until 2025 and won't be commercially viable until at least 2035.