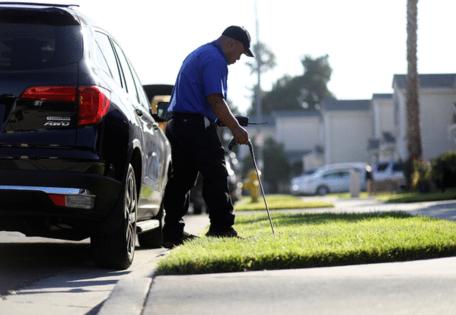 In the coming months and years as California struggles with worsening droughts, millions of Bay Area residents will soon be getting a smart water meter.

Water meters — the clunky brass devices that sit in underground boxes near the sidewalks outside most homes and businesses, measuring water use — have been around since the 1820s. But in many areas, utilities only send out water bills every two months, or maybe once a month.

That means unless residents go out, lift the heavy concrete lid and dutifully write down the numbers on their analog water meters, most people don’t know until weeks have gone by that they have a major leak from irrigation systems, old pipes or toilets, wasting thousands of gallons of water and running up their bill.

Smart meters instead send wireless signals in real time so residents and utilities can better track water use hourly, daily or weekly, making it easier to hit conservation targets and detect leaks.

“We are trying to get our customers over the ignorance-is-bliss mentality to the knowledge-is-power mentality,” said Nelsy Rodriguez, a spokeswoman for the East Bay Municipal Utility District, which provides water to 1.4 million people in Alameda and Contra Costa counties.

San Francisco installed smart water meters in 2014 during California’s last drought. Boston, Washington D.C. and New York City have them. But smart meters are expensive to install. The technology changes every year. Some utilities have been reluctant to take the plunge.

As California’s latest drought stretches into its third year, water supplies continue to tighten and state conservation rules increase, so a growing number of water agencies are deciding to upgrade.

On Friday, the San Jose Water Company, a private firm that provides water to 1 million people in San Jose, Cupertino, Campbell, Los Gatos, Monte Sereno and Saratoga, received final approval from the California Public Utilities Commission to install smart meter technology on the 230,000 water meters at homes and businesses in its service area.

Work on the $100 million project will begin in two years and will finish in 2026, with the average water bill going up about $5 a month to pay for it, company officials say.

Peak “Teenage Mutant Ninja Turtles” happened more than 30 years ago. Back then, the cartoon was the show you had to watch if you were to function in classroom society. You had to be up-to-date on the latest Shredder ...Read More

To accomplish this, he appointed the city’s first forest officer, ...Read More