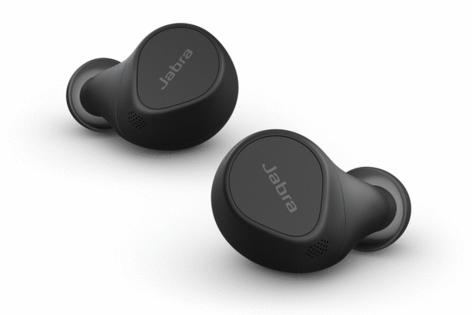 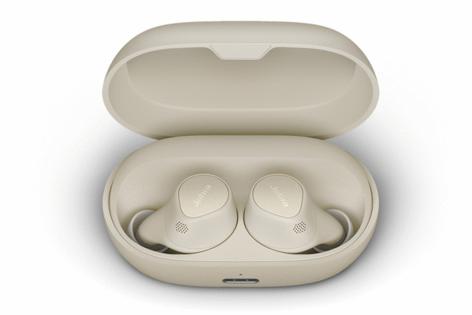 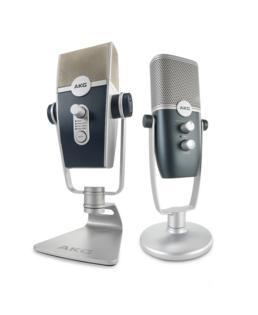 The AKG ARA dual pattern USB desktop microphone shows how easy studio-quality audio can be produced from the comfort of home. It wasn't long ago that setting up a microphone needed extra software and complicated instructions. Well, that's long in the past with the ARA.

AKG has been engineering top-quality studio microphones since 1947, and now they have taken the technology for home users. It's built for applications including podcasts, vloggers, gaming, Zooms/Skype conferences, and even musicians.

Mac and PC users can connect the plug-and-play ARA USB desktop microphone and have recorded in seconds. Some operating systems might ask you to change the microphone output, but that's it. A 3.5mm headphone jack is built into the bottom of the microphone for adding your headset.

It's built with a modern camera-ready look and weighted to sit perfectly on any flat surface. It easily mounts to booms and other microphone stands with the built-in thread.

Listening to your voice is never appealing, but fortunately, I had a perfectly timed video conference call last week to test it on. After the important topics of the meeting were discussed (CES planning) I asked those on the other end how my voice sounds. The first response was, "I was wondering what mic you are using hidden by that cardboard," which I did purposely position so they would not know in advance.

It led to a discussion on the microphone, with a unanimous vote of the superb quality the ARA produced. I wasn't about to give a singing demonstration, instead, I played some music from a Bluetooth speaker and let the microphone pick up the audio. While this isn't a recommended system, it was an interesting demonstration for those on the other end to see the quality.

The ARA's dual patterns, which are controlled by a front button are front and front/back. Switching it changes the omnidirectional pickup pattern, with the front setting the microphone rejects sound from the back, eliminating background noise. With the front, that would be ideal for multiple people sitting around a conference table.

Controlling the volume and a mute option is also on the front. Screws on the side loosen up a bracket to tilt the mic down or up.

Some of the specifics of the ARA supplied by AKG include the microphone bit depth/sample rate is 24-bit / 96 kHz, a microphone frequency response of 20 Hz – 20 kHz, microphone maximum SPL is 120 dB and the headphone output impedance is 16 ohms.

AKG also has the more advanced LYRA ultra-HD multimode USB microphone. It also works with a plug-and-play setup and features a four-capsule mic with four modes.