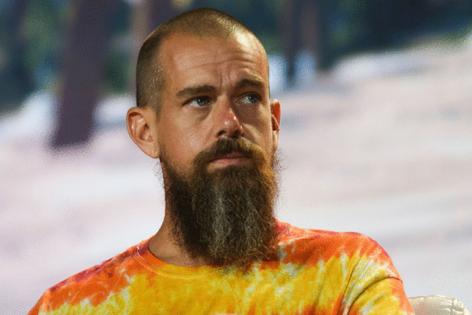 Twitter co-founder and CEO Jack Dorsey changed the world, 140 characters at a time. The social media platform helped people in all corners of the globe communicate in a public forum.

With Dorsey stepping down from his role, here’s a look at how he got there.

2000: Dorsey begins the earliest sketches of Twitter, “akin to updating your AIM status from wherever you are, and sharing it,” as he once described the platform.

2006: Now working for tech entrepreneur Evan Williams’ podcast startup Odeo, Dorsey cements the idea for Twitter, which he imagined as a combination of SMS messages and live updates. Dorsey claims he developed the idea during a hackathon, while Odeo co-founder Noah Glass tells of a drunken night chatting in Dorsey’s parked car.

In March, Dorsey sends the first tweet: “just setting up my twttr.” When Dorsey spins Twitter off from Odeo in April 2007, Williams comes along as co-founder, investor and board member.

2008: Williams, frustrated with near-constant outages and crashes on the social media site, ousts Dorsey from his own company. “You can either be a dressmaker or the CEO of Twitter. But you can’t be both,” he told Dorsey, who was supposedly leaving work early to take yoga classes and a course at a local fashion school, according to Nick Bilton’s 2013 book “Hatching Twitter: A True Story of Money, Power, Friendship, and Betrayal.”

2009: Dorsey founds Square, which allows credit and debit payments through a mobile device.

2013: Twitter goes public in November. Dorsey’s 5% stake in the company is suddenly worth $1.05 billion.

2020: Hedge fund activist investor Elliott Management Corp. and Paul Singer, representing 9% of Twitter ownership, try to force Dorsey out in March, claiming he doesn’t have enough time to devote to both Twitter and Square. Dorsey would eventually manage to keep his job by making a deal with Singer that included a promise to evaluate “the CEO succession plan.”

March 2021: Dorsey testifies in front of the House Energy and Commerce Committee, alongside Facebook’s Mark Zuckerberg and Google’s Sundar Pichai, to defend his company against accusations that it allowed the spread of misinformation related to COVID-19 vaccines and the Jan. 6 attack on the Capitol.

November 2021: Dorsey steps down as CEO. “I want you all to know that this was my decision and I own it,” he writes in a letter to his employees. “It was a tough one for me, of course. I love this service and company... and all of you so much. ...And there aren’t many founders that choose their company over their own ego. I know we’ll prove this was the right move.” Chief Technical Officer Parag Agrawal is named his replacement.