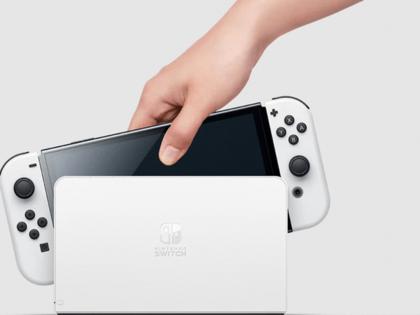 Since its release four years ago, it’s been Nintendo’s finest console, a machine that blends all the insights the brand learned in the Wii U and DS eras into a console that shines on both big screen and small. It’s a complete product that delivers more than horsepower, supporting unique gaming experiences in that classic “Nintendo” way.

But in a world of iPhones and foldable Samsung luxury phones, the Switch was always missing one thing: a lustrous, stunning OLED screen. It was a console without a captivating display, and if you took it on the go, that always held it slightly back.

This holiday, however, that’s all changing, because the finest version yet of the Switch, the Nintendo Switch OLED, has hit the market. And no, it’s not the 4K upgrade that some people have wanted, but forget that for a moment. Because Nintendo’s still upgraded its console in almost every other way, and in the process, it’s created the finest on-the-go gaming experience you can find.

That’s in large part because the Switch OLED finally gives you the portable gaming display you’ve always deserved. The original Switch was fueled by a 6.2-inch LCD display, and sure it looked good, but it was always the slightest bit cramped. Then two years ago, Nintendo dropped the Switch Lite, a strictly portable version of the console that included a 5.5-inch LCD display. This, of course, was even more cramped.

With the Switch OLED, Nintendo finally goes big, delivering a whopping 7-inch OLED display (for $349). And somehow, it does so without changing much of the rest of the size of the console. The Switch OLED isn’t that much larger than its four-year-old counterpart; so close are their sizes that I can fit the OLED into my old Switch carrying case. Instead, Nintendo simply uses its real estate better; the screen takes up more room on the device, bleeding closer to its edges.

That screen shines, too, finally making every Switch title look as majestic as you’ve always wanted on the go. Text-heavy games and role-playing games in particular get a boost, in part because smaller text (think hit points and dialogue) are instantly more readable. It’s easier to follow the story in Disgaea Complete and Shin Megami Tensei V; I know longer have to squint at the screen to read what’s happening. It’s also easier to navigate menus in NBA 2K22, making the behind-the-scenes of being a GM that much more satisfying.

Meanwhile, visuals in titles like Astral Chain and Bayonetta feel bolder and colors pop more. That’s especially noticeable in Metroid Dread, the game that released alongside the Switch OLED, and a game that delivers a Samus who’s filled with color against deep-black backgrounds. Both Samus and the EMMIs who chase her feel detailed in a way that lets you appreciate their movements, whether you’re playing on the big or small screen.

There’s also a sturdier kickstand, which makes the console now perfect for opening onto the foldout table you get during every cross-country flight. The original Switch kickstand was honestly pretty flimsy, and enough vibrations in a room would lead the console to wobble a bit. This stand is as long as the screen and folds out with a tougher feel. That provides a better base for your machine, making multiplayer games like "Wario Ware" and "Mario Party Superstars" easier to appreciate.