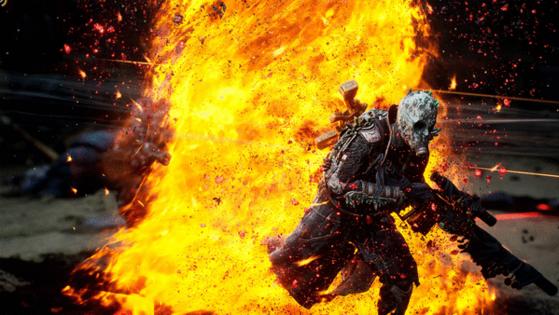 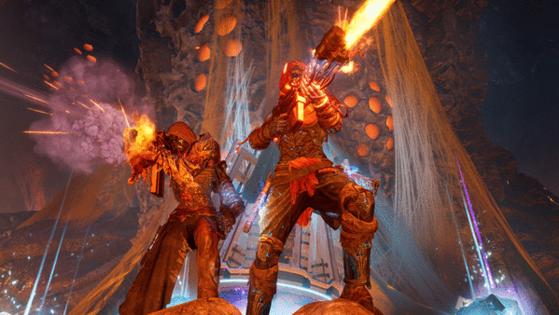 Developer, People Can Fly, aims to fix end game issues by adding four new Expeditions and improving the quality of life for players.

A project with the ambition of “Outriders” is almost never perfect out of the box. There’s too many moving parts for a cover-based shooter with online and loot-based mechanics. The developer, People Can Fly, found that out early on with its project.

Even with a successful beta, the team ran into unexpected problems, and that resulted in a launch that was less than optimal. The project leads said they were surprised by technical problems and beyond that they had to focus on balancing and gameplay issues. That was in April. Since then, People Can Fly has been fixing the flaws they found in the game.

The result of that work is its New Horizon update. It’s essentially a chance for People Can Fly to rebound after a bad first impression. The update adds more quality-of-life improvements, especially to the end game, that players have been asking for. In addition, the team added four new expeditions:

City of Nomads — Players are confronted by a character haunted by the sins of his past.

The Marshal’s Complex — Corrigan asks players to reclaim a facility at Deadrock Pass.

Wellspring — A mission where player’s help Tiago in a place sacred to pilgrims.

That’s a lot of new content, but players shouldn’t expect new weapons or fresh enemy types. Again, this is People Can Fly’s attempt to polish the base game so that it shines in the way they wanted.

CHANGES FOR THE BETTER

The biggest change in the New Horizon update is that Expeditions no longer have timers. That was a flaw in this end-game content’s design because it prioritized builds that deal the most damage. Doling out rewards based on time completed narrowed the types of customization that players saw as viable. Without the focus on time, players will likely see more diversity in the type of classes picked and the variation on them.

When it comes to the legendary grind, People Can Fly is making it easier for players to grab the items they’re looking for. They increased the legendary drop rates and created an anti-duplication system. If players already own a legendary piece of gear, they won’t get it again. If players finish the most difficult Expedition, the Eye of the Storm, they’ll be able to pick the legendary reward item. In addition, Tiago’s shop is more useful offering one legendary item per day. Players can also reroll items in hopes of getting better stats.

If players like the perks of an item but hate the look, they can transmog it to change the appearance to an item they already have. Once a player obtains an item, they automatically have the transmog plans for it. It’s free to transmog items so players can have gear that looks as good as it performs.

The way People Can Fly is positioning this update, it could be a renaissance for “Outriders.” It’s a path that Ubisoft trail blazed With “Tom Clancy’s The Division,” turning a disappointing debut into a triumph by constantly improving the project. From what I’ve played, the improvements and new content bolster the disappointing end game. The new missions have notable tweaks to their designs, asking players to do more than defeat a wave of enemies and advance. I did run into a bug so that it could mean the update may need another update.

If players are looking for more, People Can Fly said new modes, new legendaries and new content are in the works but players will find out more next year.